A study on a potential nuclear winter titled "Global food insecurity and famine from reduced crop, marine fishery and livestock production due to climate disruption from nuclear war soot injection" has been published in the journal Nature Food. 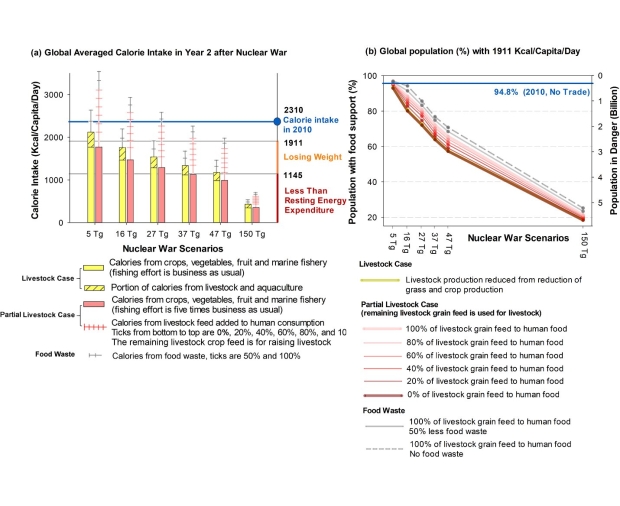 Researchers from Rutgers University have estimated that following a full-scale nuclear war between various nations, over 5 billion people would die globally due to hunger. Their study examines the effects of matter that nuclear weapons being detonated would throw into the atmosphere, blocking out sunlight and affecting crop growth. They analyzed six scenarios, with the smallest-scale nuclear war involving Pakistan and India, scaling up to the largest involving the United States and Russia.

In the smallest nuclear scenario, the global average caloric production would decrease by 7% within five years of the conflict. This figure would increase to 90% within three to four years following the largest-scale nuclear war. Mid-high latitude nations would suffer from the most severe declines in crop generation, including nations like Russia and the U.S., which export large amounts. This would likely lead to export restrictions, severely impacting countries reliant on imports in Africa and the Middle East.

In the most extreme war scenario, the one nation that would not have an average calorie intake lower than resting energy expenditure would be Australia. Wheat contributes to almost 50% of Australia's calorie intake, with rice, maize, and soybean being produced at less than 1% the scale of wheat. Therefore, wheat production is likely to tide Australia over, though this depends on how wheat responds in real-world post-nuclear-war conditions. New Zealand is also expected to fair slightly better than other countries.

"Future work will bring even more granularity to the crop models. For instance, the ozone layer would be destroyed by the heating of the stratosphere, producing more ultraviolet radiation at the surface, and we need to understand that impact on food supplies," said lead author Lili Xia, an assistant research professor in the Department of Environmental Sciences at Rutgers.

"If nuclear weapons exist, they can be used, and the world has come close to nuclear war several times. Banning nuclear weapons is the only long-term solution. The five-year-old UN Treaty on the Prohibition of Nuclear Weapons has been ratified by 66 nations, but none of the nine nuclear states. Our work makes clear that it is time for those nine states to listen to science and the rest of the world and sign this treaty," said co-author Alan Robock, a Distinguished Professor of climate science in the Department of Environmental Sciences at Rutgers University. 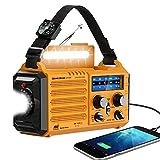