A team of archaeologists has been excavating the Maya city of Tonina in southern Mexico, but some experts disagree with their claims. 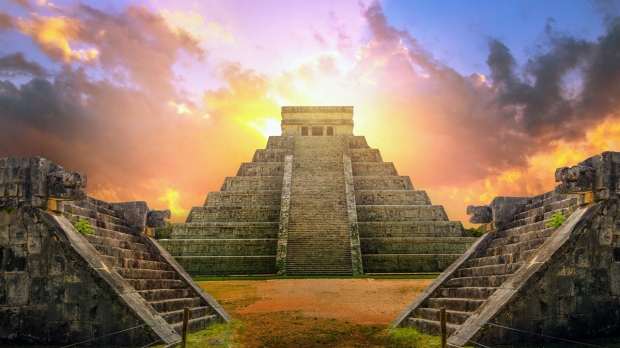 The archaeologists released a Spanish-language statement in which they claim that after cremating their rulers, the Maya people used their ashes to help make rubber balls to be used in the famous Maya game known simply as ballgame. The game originated over 3,000 years ago and has gone through many iterations, but numerous ball courts have been found throughout the known Maya cities, including Tonina.

Juan Yadeun Angulo, an archaeologist at Mexico's National Institute of Anthropology and History whose team uncovered a 1,300-year-old crypt in Tonina in 2020, formulated the new theory about the rubber balls. The crypt is located beneath a pyramid called the Temple of the Sun and contained 400 vessels with ash, charcoal, natural rubber, and other organic materials being found inside.

Analysis indicates that the jars contain the city rulers' cremated ashes but also the ingredients for the vulcanization process for making rubber. Based on sculptures at a nearby site depicting captive people inside rubber balls being thrown by a lavishly dressed man, and an ancient Maya text called "Popol Vuh" that describes the game being played in the underworld, Angulo believes the human remains were likely used to make the rubber balls.

"It certainly is plausible that human remains were included in rubber balls. Human remains were used in an incredibly wide array of contexts and practices for the ancient Maya," wrote William Duncan, a professor of biological anthropology at East Tennessee State University, in an email to Live Science.

"Glancing through the information I found, there is no actual evidence presented that rubber balls were crafted to include the cremated remains of Maya rulers. I didn't read that they found rubber balls and analyzed them for these inclusions," wrote Susan Gillespie, an anthropology professor at the University of Florida, in an email to Live Science.