Micron is now making its ultra-fast 24Gbps GDDR6X memory, where it has entered production and is getting prepped for NVIDIA's next-gen Ada Lovelace-based GeForce RTX 40 series GPUs. 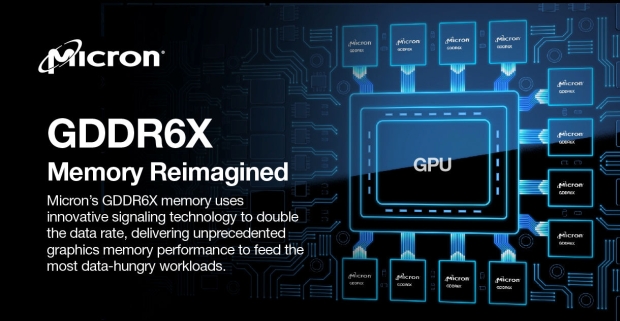 Now, as for 24GB of GDDR6X at 24Gbps... well... I've already done that. NVIDIA baked 24GB of GDDR6X memory at 21Gbps onto its flagship GeForce RTX 3090 Ti graphics card and when overclocked -- depending on the card used of course -- you can hit the lofty heights of 24Gbps GDDR6X.

You can read more about that testing in the link above, but I was pushing a huge 1.18TB/sec of memory bandwidth on the MSI GeForce RTX 3090 Ti SUPRIM X graphics card... up from the 936GB/sec that the 24GB GDDR6X @ 21Gbps was capable of.

After this, GDDR7 memory will usher in the absolutely bonkers bandwidth ceiling of 32Gbps+ which is kinda crazy considering that we are maxing at 21Gbps now, and Micron is making 24Gbps GDDR6X memory now. I can't wait, as it means ultra-fast graphics cards are only just around the corner.