Three individuals were caught in a car while a severe bought of hail fell from the sky, causing damage to multiple vehicles.

Gibran Marquez Cedillo and his two friends were stuck in a car when a severe weather system hit Alberta on August 1. Cedillo recorded the event on his phone, and the footage stands as a representation of what many residents in the area experienced as it shows softball-sized hailstones impacting several vehicles in the area and individuals ducking for cover.

According to the Royal Canadian Mounted Police, there were at least 34 vehicles that were damaged as a result of the hailstorm, with many of the owners reporting shattered windows and windshields. Cedillo's vehicle was damaged, and according to his statement to Storyful, the event lasted about 17 minutes. During that time, Cedillo and his two friends were "fearing for [their] lives". If you are interested in reading more about this story, check out this link here. 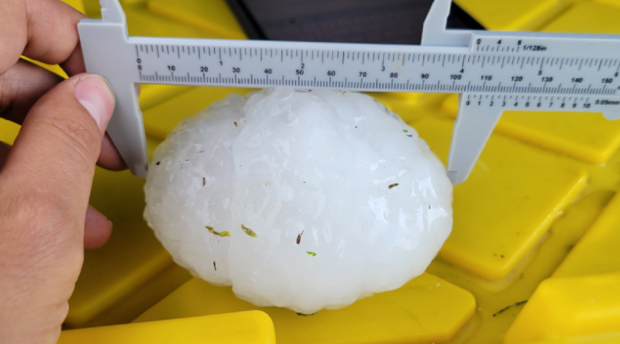