A large sinkhole has just opened up and has caused officials to dispatch experts to the area to begin an investigation. 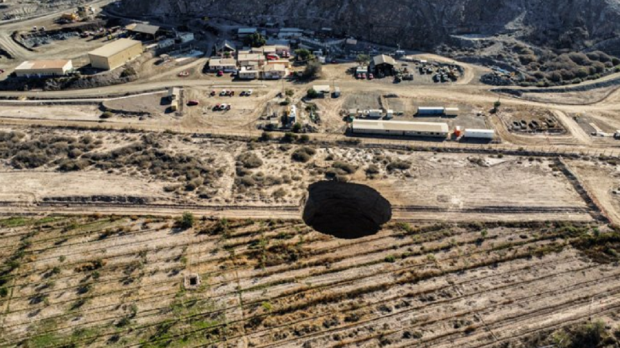 The sinkhole randomly appeared over the weekend in Chile, approximately 500 miles north of Santiago, according to the National Geology and Mining Service. Officials have already dispatched experts to the area to begin an investigation, and according to preliminary results, the diameter of the sinkhole stretches 104 feet, with current estimates putting its depth at about 200 or more feet.

As you can imagine, experts have fenced off the area by putting a 300-foot perimeter around the hole. Luckily, the appearance of the sinkhole didn't cause any damage to personnel, equipment, or infrastructure in the area. Furthermore, Canadian firm Lundin Mining, which operates the nearby Alcaparrosa mine, has said in a statement that its temporarily suspended mining operations. 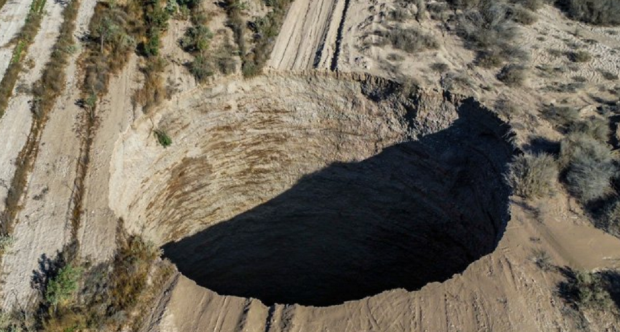 Sernageomin director David Montenegro said experts are looking to find the cause of the sinkhole's appearance and to "ensure that all safety measures are taken to safeguard the lives of workers and communities close to the site".