The shortest day in recorded history has been confirmed to have occurred on June 29th, 2022. 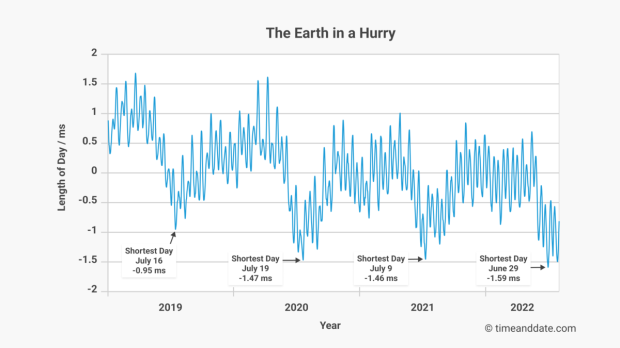 Earth's rotational speed has decreased over time, taking a handful of milliseconds longer to complete a rotation every century. However, fluctuations are still observed on a smaller time scale, with some days being shorter or longer than the standard 24 hours. Some scientists suggest the change in day length could be the result of various factors, including the 'Chandler wobble,' which refers to the small movement of Earth's North and South Poles.

"The normal amplitude of the Chandler wobble is about three to four meters at Earth's surface, but from 2017 to 2020 it disappeared," Dr. Leonid Zotov told timeanddate.

If Earth continues to record shorter days in upcoming years, it could require the first ever negative leap second, meaning a second will have to be subtracted from current clocks. However, Dr. Zotov believes "there's a 70 percent chance" Earth has hit a minimum for the shortest day, and a negative leap second won't be necessary. 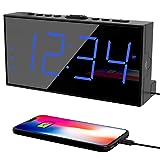