On Saturday, a large rocket fell back to Earth, causing many onlookers to believe it was a meteor entering Earth's atmosphere.

NASA administrator Bill Nelson commented on the event and said that China's space agency failed to provide technical details such as "specific trajectory information" for where the rocket would fall, potential debris impacting a certain area, and the dispersal impact location. Notably, Nelson goes on to say that all space-faring nations should do their own due diligence with sharing this vital information before the reentry is made. Nelson added, "Doing so is critical to the responsible use of space and to ensure the safety of people here on Earth."

"All space-faring nations should follow established best practices and do their part to share this type of information in advance to allow reliable predictions of potential debris impact risk," said NASA administrator Bill Nelson.

For those wondering, Aerospace Corp, a government-funded nonprofit research center located in Los Angeles, estimated that the Long March 5B's main stage weighs about 22.5 tonnes and that it was completely irresponsible of China to allow the rocket to make an uncontrolled reentry given its size/weight.

This isn't the first time that a Chinese rocket has made an uncontrolled reentry into Earth's atmosphere. In 2020 fragments of a Long March 5B rocket scattered over the Ivory Coast, damaging several buildings in a West African country. 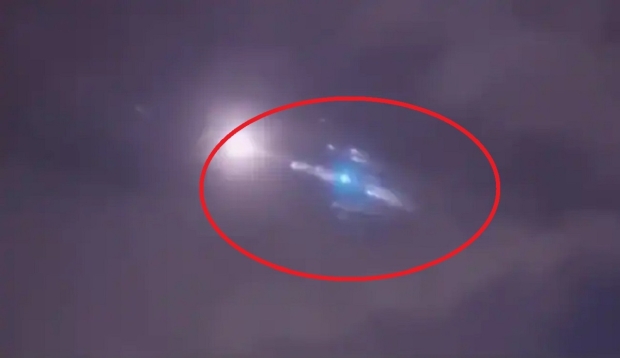