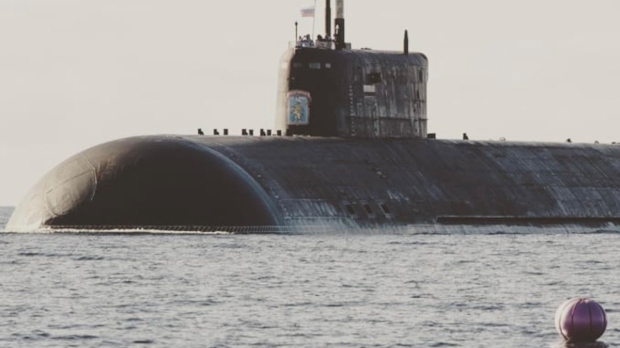 Named the Belgorod, it is the world's longest known submarine and is a modified version of Russia's Oscar II class of submarines. Construction began in December 2012 on what was known as Project 09852, culminating in the 184-meter-long (608 feet) submarine that was received by the Russian Navy on July 8th, 2022. According to the state-run Russian News Agency TASS, Belgorod will carry Russia's new nuclear-capable Poseidon torpedoes.

"This nuclear 'mega torpedo' is unique in the history of the world ... Poseidon is an 'Intercontinental Nuclear-Powered Nuclear-Armed Autonomous Torpedo'. It is a giant torpedo which can hit coastal cities with devastating results. Compared to an intercontinental ballistic missile it is very slow, but possibly unstoppable," wrote H. I. Sutton, American submarine expert, on his website Covert Shores. 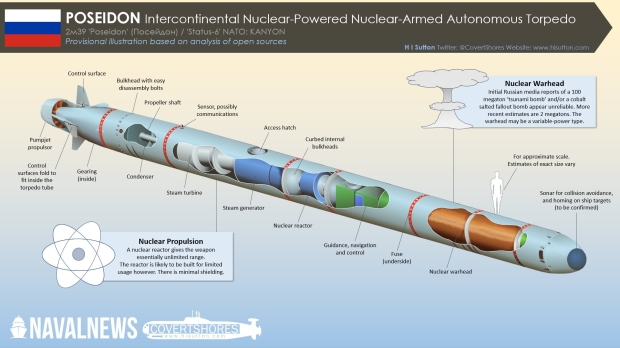 Belgorod will have the capacity for up to eight Poseidons, according to a report by the US Congressional Research Service (CRS). However, some experts estimate the true capacity is closer to six. The nuclear-powered torpedoes are expected to have a diameter of two meters (6.5 feet) and are more than 20 meters (65 feet) long, making Poseidon "the largest torpedo ever developed in any country," and "thirty times the size of a regular 'heavyweight' torpedo" according to Sutton.