China has released an incredible image of one of Mars' natural satellites that orbit the Red Planet - the moon named Phobos. 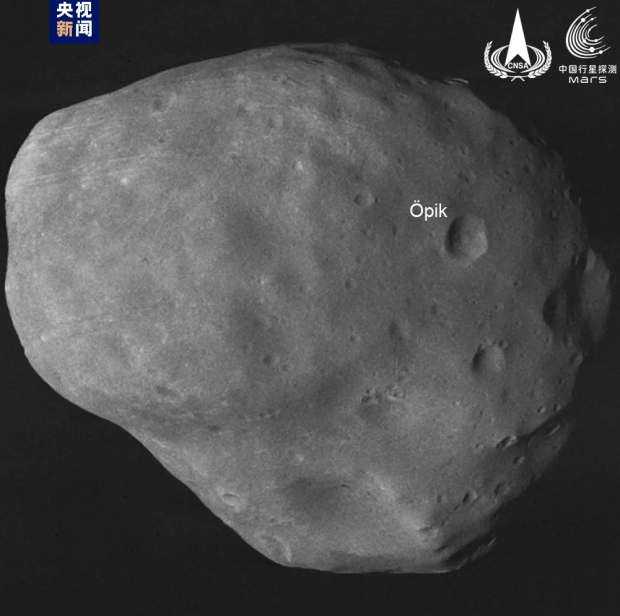 There are two moons that orbit Mars, Phobos, and Deimos. Phobos is the larger of the two natural satellites and is positioned more closely to Mars than its sister satellite Deimos at just 3,700 miles. Both of the moons were discovered by American astronomer Asaph Hall in 1877, and now China's Tianwen-1 spacecraft has captured Phobos in unprecedented detail, showcasing the craters scattered across its surface.

Notably, Phobos' diameter stretches some 7 miles across, and looking at the recently released image, we can see impact craters from asteroids on its surface - in particular the crater Opik, which was named after the Estonian astronomer and astrophysicist Ernst Julius Opik. Furthermore, China's Tianwen-1 spacecraft has completed all of its required scientific operations, but since it's still operational, China's space agency is preparing the spacecraft for future missions.