Yesterday Ubisoft announced that it had delayed two games: Avatar Frontiers of Pandora, and a new smaller unannounced game. Sources tell Bloomberg's Jason Schreier that the smaller game was the next Assassin's Creed title. 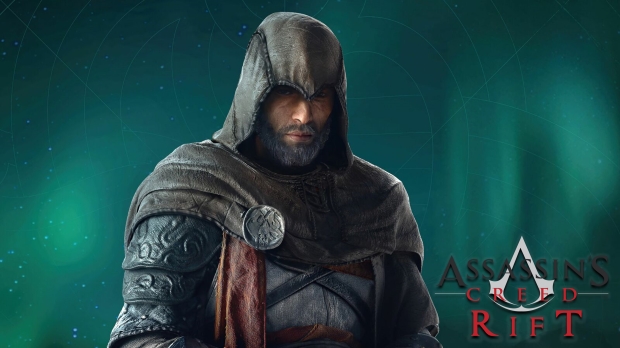 Ubisoft will not release a new Assassin's Creed game in 2022 as planned. The publisher has delayed the project, which is codenamed Rift, past its current Fiscal Year 2023 period. Rift, which will reportedly star Basim from Assassin's Creed Valhalla in a standalone adventure set in the Middle East, is now expected to launch in FY24.

Ubisoft will reveal the future of Assassin's Creed during a special event on September 10. Rift and the new Assassin's Creed Infinity live game may be announced. AC Infinity is a kind of central paid hub or platform that will host various different Assassin's Creed games with shifting locations and protagonists. 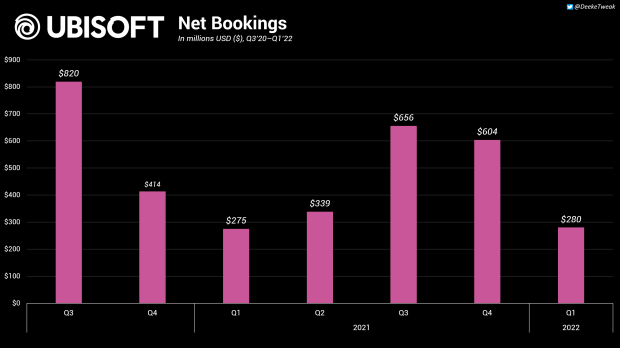 Ubisoft's net bookings are down in Q1 but are still healthy thanks to Rainbow Six Siege.

While this is a blow to Ubisoft's overall game release slate, the publisher is not alarmed and has taken specific measures to counter the missed earnings opportunities. Ubisoft has signed a big new multi-year mobile licensing deal for one of its IPs and received an upfront payment as part of the terms. This payment, alongside the release of three AAA games (Mario + Rabbids Sparks of Hope, Just Dance, and Skull and Bones) and new cost-cutting measures will allow Ubisoft to make 10% more revenues this year.

"At the full-year level, we continue to expect significant topline year-on-year growth now above 10%. The bigger driver of this growth will be the partnership," Ubisoft CFO Frederick Duguet said in a recent Q1 FY23 earnings call.

Thanks to the upfront payment, Ubisoft's FY23 operating income will only fall slightly to 400 million euros from last year's 407 million euros.

As for the cost-cutting, Ubisoft has cancelled four projects so far--Splinter Cell VR, the free-to-play Ghost Recon Frontline, and two unannounced titles that are believed to be associated with its experimental Pathfinder and/or Assassin's Creed Nexus VR games--to free up R&D spending, development spending, and overall man-hours for other projects.

Ubisoft was previously believed to have 20+ games in development across free-to-play and premium games for mobile, PC, and consoles. That amount has been reduced as Ubisoft tightens its belt and re-focuses its efforts on more guaranteed and safe bets.