The Sun is entering its most active phase and now officials are putting out warnings for a potential solar storm impacting Earth.

Spaceweather.com has reported that a minor G1-class geomagnetic storm is possible within the coming days as a slow-moving coronal mass ejection (CME) is expected to approach and hit Earth's magnetic field sometime between July 20 and July 21. Space Weather Physicist, Dr. Tamitha Skov, also known as the "Space Weather Woman," took to Twitter to post a warning about the coming solar storm.

Notably, Skov also posted a video of a NASA prediction model that showcases Earth is within the "strike zone" of the impact. The solar storm and CME can be traced back to a filament moving across and seemingly snapping on the surface of the Sun - Skov describes this filament as "snake-like". According to Skov the expected geomagnetic storm could bring G2, possibly G3 levels.

If you are interested in more about space weather and geomagnetic storms, check out the below links. 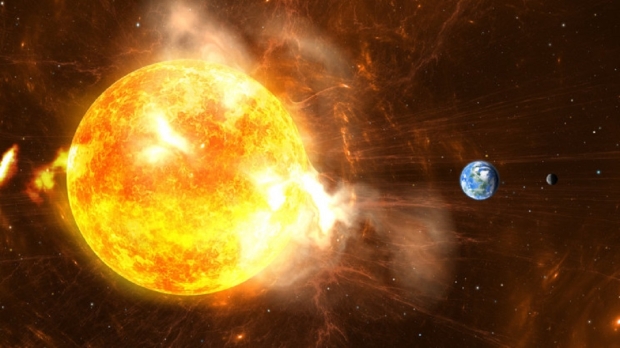