Intel is ramping up the marketing for its Arc desktop GPU by... sending an Intel Arc gaming bus to LANFest Colorado in September. 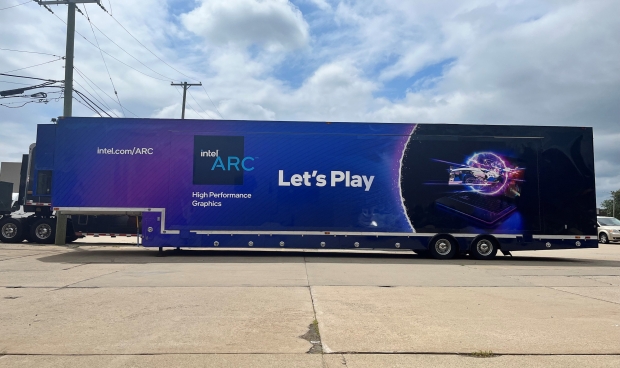 The news was announced by Intel staffers on the Intel Insiders Discord channel, where the Intel Arc gaming bus is completely wrapped in "Arc High Performance Graphics". But what about inside? Inside isn't ready to game on yet, as Intel will be installing as many as 30 gaming stations that will be powered by their own Intel NUC 12 Extreme "Dragon Canyon" systems.

Inside of the Arc GPU gaming bus there's just renderings of what to expect with a suss-looking guy who doesn't like his picture being taken, or is looking at another monitor inside of the render. Intel has partnered up with SteelSeries which will provide peripherals, and AOC to provide gaming monitors. Jokes aside, I think Wccftech's Hassan Mujtaba puts it beautifully: "that truck better have a good driver". 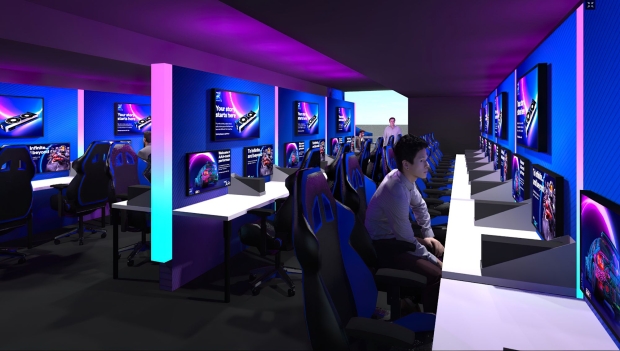 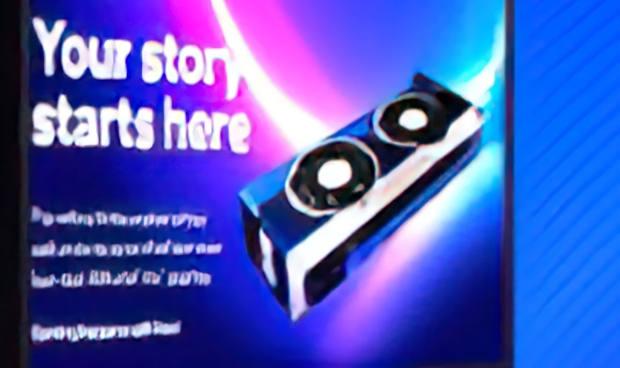 We also get another look at a new design of the Intel Arc desktop GPU, with a changed design that looks like one of the largest companies in the world has been spying at SAPPHIRE and their NITRO-branded Radeon RX series graphics cards. Interesting.

As for LANFest Colorado, it takes place between September 30 through to October 3.