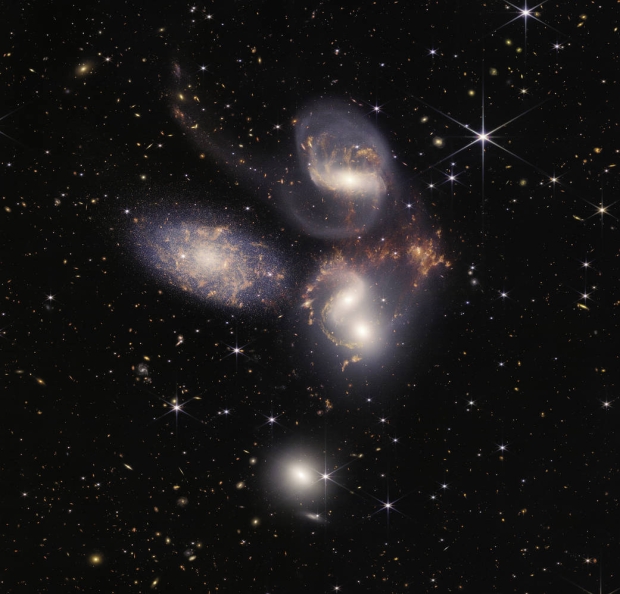 NASA has taken to its blog to finally released the first colored images snapped by the $10 billion James Webb Space Telescope, and showcased above is the galaxy group "Stephan's Quintet". According to the space agency, Stephan's Quintet has been photographed in never-before-seen detail. The above image is actually a mosaic piece made up of 1,000 separate images.

Notably, NASA states that the collection of images flattened into one image consists of more than 150 million pixels and reveals previously unknown details such as the sparkling clusters of a million or more stars and how gas and dust are being pulled into different directions by the gravity of certain objects. Furthermore, NASA states in its blog that this is the largest image to date, and is approximately the same size as one-fifth of the Moon's diameter.