To celebrate Prime Day, Amazon is giving away a bunch of PC games for Prime subscribers. 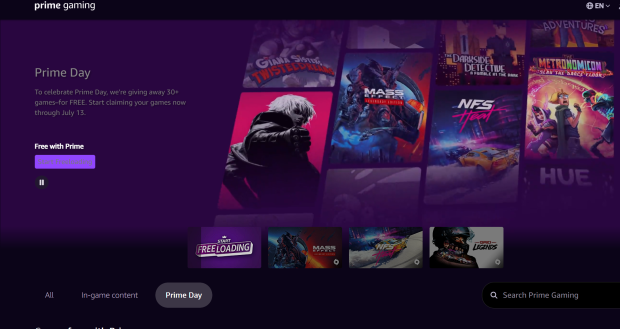 If you're an Amazon Prime member, don't forget to take advantage of the new Freeloading promo that offers a ton of PC games for the low cost of free-99. The Prime Day Freeloading offer lists a ton of smaller-scale indies and a handful of memorable games including the Mass Effect Legendary Edition, which is a fully-fledged remastering of the original ME trilogy with a bunch of QoL adjustments and big visual overhauls.