President Donald Trump held a rally in Ankorage, Alaska over the weekend where he had some choice words to say about the world's richest man: Elon Musk. President Trump called Elon Musk a "bullshit artist" for backing his opponents during the 2016 and 2020 elections, at the rally speech.

President Trump said: "Nah, he's got himself a mess. You know, he said the other day, 'Oh, I've never voted for a Republican.' I said, 'I didn't know that, he told me he voted for me.' So he's another bullshit artist, but he's not gonna be buying it. He's not gonna be buying it. Although he might later, who the hell knows what's gonna happen. He's got a pretty rotten contract. I looked at his contract, not a good contract. But he's not...Sign up for Truth".

President Trump continued: "I tell you what - Elon... Elon is not gonna buy Twitter! Where did you hear that before? From me. From me".

It's quite funny seeing how the media reacts to all of this, as you keep seeing "right-wing" and "far-right" all over the place to describe both President Trump and Elon Musk, as well as Trump's social media platform: Truth Social. They can't help themselves. 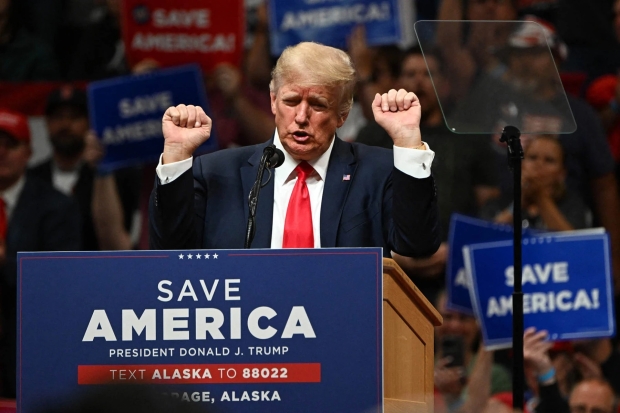