The European Parliament voted on Wednesday, July 6th, 2022, to label some natural gas and nuclear power projects as "green."

The change will allow such projects to receive subsidies and cheap loans amounting to billions of euros. The decision aims to help transition the European Union (EU) from relying on fossil fuel imports from Russia, as a consequence of Russia's invasion of Ukraine. The EU banned the majority of coal and oil coming from Russia but continued to allow gas. However, Russia reduced its gas flow into the EU, which supplied roughly 40% of all of the EU's gas before the invasion began.

"Europe is going through a very difficult moment and going through an energy transition at the same time. For now, natural gas is cleaner than many options," said Julio Friedmann, a fellow at the Center on Global Energy Policy at Columbia University.

"Billions of euros in 'green' financing now risk being diverted into polluting energy sources that are far from being harmless and temporary, at the expense of energy efficiency and renewables," said the European Environmental Bureau, a Pan-European environmental lobby group, in a statement.

The EU has committed to reducing greenhouse gas emissions by at least 55% by 2030 and aims to reach net-zero emissions by 2050. Natural gas is being touted as a "bridge fuel" to transition the EU from more coal-sourced power, which produces more carbon dioxide, on the way to adopting more renewable energy sources. The EU's decision also considers the shorter-term impact on people's cost of living, as energy prices soar following sanctions on Russia and its exports.

John Sterman, the director of the Massachusetts Institute of Technology (MIT) Sloan Sustainability Initiative, referred to the move as "an extreme bald-face attempt to greenwash." The EU's plan includes stipulations that natural gas projects will only be considered green if they can convert to renewable sources by 2035, which Sterman warned means until then, "such plants would be producing significant greenhouse gases, and worsening climate change."

"This vote is important recognition of our pragmatic and realistic approach in helping many member states on their transition path towards climate neutrality," the European Commission said in a statement shortly after the vote.

"Vladimir Putin is rubbing his hands with glee today. Europe just handed him a huge present by classifying gas and nuclear as sustainable. A gift that will channel billions into his pockets and further boost his war chest," wrote Inna Sovsun, a Ukrainian deputy, in emailed comments to The New York Times.

You can read more from the European Parliament's press release here. 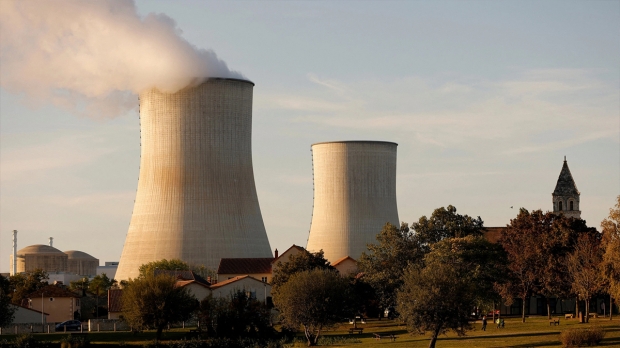 Rickover: The Birth of Nuclear Power