NASA's Perseverance rover landed in the Jezero Crater on Mars on February 18, 2021, and since then, it has been exploring the Red Planet.

Perseverance has been roaming around the Jezero Crater for many months now and has collected several samples throughout its journey. The rover is designed to carry 43 sample tubes, and has so far only collected a few. Eventually, NASA wants to bring the martian samples back to Earth for analysis under the best instruments possible. The task of getting the samples back to Earth is a difficult one, but the space agency is confident that they can pull it off and get 30 samples back to Earth sometime in the early 2030s.

The Philadelphia Inquirer contacted NASA's Jet Propulsion Laboratory and presented a list of questions sourced from the public after a NASA presentation held in May. The questions were answered by Mars Sample Return scientists Michael Meyer and Lindsay Hays. Many of the questions that were answered were regarding the safety of the Mars samples and if NASA has considered testing the samples for life/microbes before returning them to Earth. 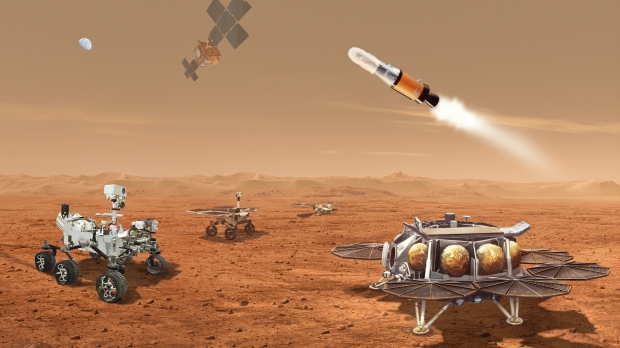 The NASA scientists explained that NASA is treating the Mars samples with the utmost care and under the assumption that they aren't safe - until testing proves that they aren't. Notably, the NASA researchers stated that given what is known about Mars and its extremely inhospitable environment, it's very unlikely that there is any form of life within its soil. However, the researchers write that they "don't know for sure", which is why extreme precautions are being taken before the samples are proven to be safe.

As for the process of getting the samples from the surface of the Red Planet back to Mars, a video has been uploaded to Phys.org YouTube channel that showcases a simulation of the entire process NASA is working toward.