Apple will reportedly be launching a new lineup of iMac products in the near future, with rumors swirling on Apple using its next-gen M3 chip inside of a "future iMac" beginning in June 2022, now we have the very latest on what to expect from the new iMac. 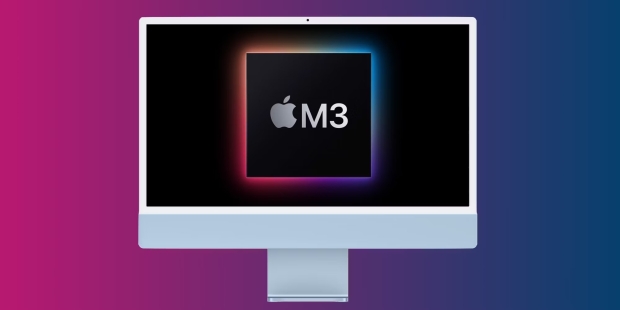 The latest on the next-gen Apple iMac is that not only will it feature a "variation of the M3 chip" but the company is reportedly working on a "larger-screened iMac", a new iMac that is aimed at the "professional market" explains Mark Gurman in his latest "Power On" newsletter.

Gurman explains: "I also still believe that Apple is working on a larger-screened iMac aimed at the professional market. I'd imagine this will use a variation of the M3 chip, likely an M3 Pro and M3 Max. That would match the chips inside of the MacBook Pro. I don't think the combination of a Mac Studio or Mac mini plus an Apple Studio Display cuts it for many pro users who want more screen real estate".

I would love to see Apple release, not just a "larger-screened" iMac, but a really huge-screened iMac, since the current 24-inch iMac (which is powered by the Apple M1 processor) is small, a larger 27-inch iMac would be nice to see -- but I want something bigger. Apple is rumored to be working on a larger 27-inch Studio Display with a bigger-than-life 7K resolution, but a bigger 32-inch 5K or 6K panel at 120Hz would get my attention.

That, and the Apple M3, M3 Pro, or M3 Max processor and oodles of super-fast RAM and SSD... and you've got a beasty workstation PC.

In April 2022, Gurman said: "Since then, I've heard that the M2 chips aren't the only one in testing within Apple. And if you're waiting for a new iMac, i'm hearing an M3 version of that desktop is already in the works - though I imagine it won't launch until the end of next year at the earliest. Also, for those asking, I still think an iMac Pro is coming. It just won't be anytime soon".

As for the Apple M3 processor, the last we heard is that Apple has booked TSMC to make its next-gen M3 and M2 Pro chips on the new TSMC 3nm process node. It's rumored that we'll see Apple use the M3 processor inside of not only this new beefed-up, larger-screened iMac but also new MacBook Pro laptops, a new Mac mini, and Apple's upcoming AR/MR headset.