A YouTuber has decided to take it upon himself to recreate the wheels on a bicycle, and the results are truly impressive.

The YouTube channel "The Q" posted a video around the end of last month titled "Just a Normal Bike Math: 0.5 x 2 = 1 Wheel", and the video shows an individual riding a bike, crashing into a curb, and destroying the front wheel. The bike is then quickly dismantled by the individual and put through a seemingly long process of improvements, where the frame of the bike was extended, the back wheel was cut in half, and customization was done to the chain's placement.

The YouTuber decided to cut the back wheel in half, placing one-half of the wheels where the typical back wheel would be and the other half behind it on the custom-made elongated frame. The rider is still able to use the bike as you would normally, as the video shows it successfully riding in a straight line at a cruising speed and going down curbs without any problem. Does this new design of bicycle replace the traditional whole-wheel design? Absolutely not, but it's fun to watch nonetheless. 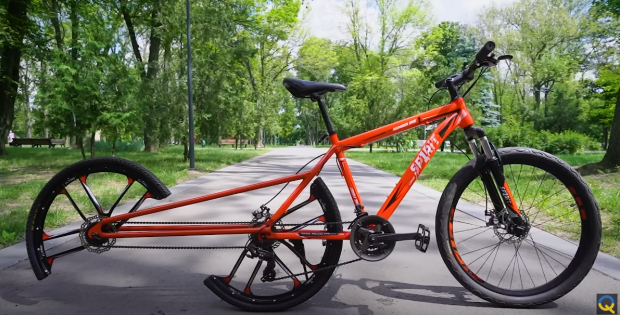 The idea behind this video isn't to replace traditional bicycles but to showcase what creative engineering can achieve. The creator of the crazy bike design has certainly impressed me, and with the video already getting more than 61 million views as of July 4, I'm sure there are at least thousands of other people also impressed with the design. 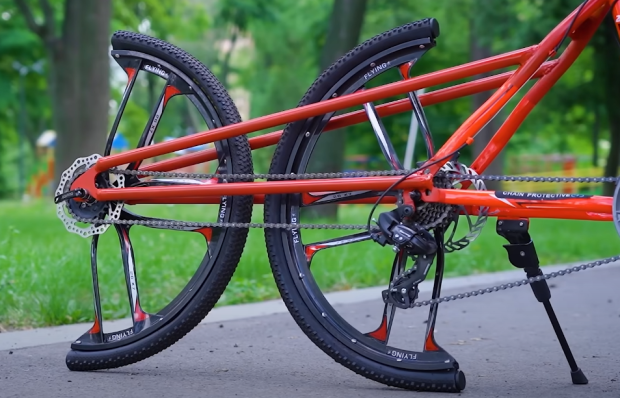 Notably, any attempt at recreating the bicycle seen in the above video should be taken seriously, as the engineering knowledge required to pull something like this off would be somewhat high. In other news, an HR office worker has accidentally been paid millions of dollars by his company and has since disappeared after receiving his paycheck that was 330 times what he usually gets.