The Federal Bureau of Investigation (FBI) has put out a $100,000 reward for any information on the United States' now top ten most-wanted fugitives. 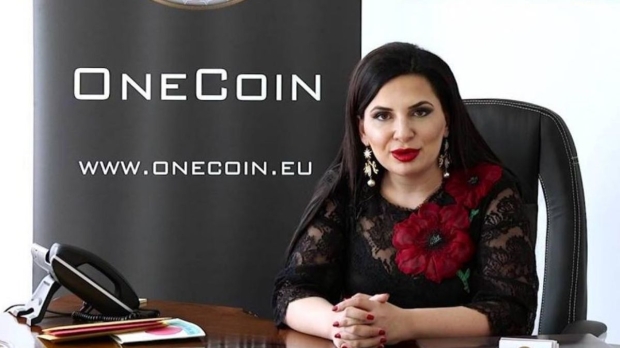 Ruja Ignatova, also known as the "Cryptoqueen," has now been added to the FBI's Ten Most Wanted Fugitives list and has put out a reward for any information on Ignatova. The cryptocurrency scammer that is now on the run came into the spotlight with her cryptocurrency called OneCoin, a project that she touted as the "bitcoin killer" in 2016. Approximately one year later, Ignatova completely disappeared, with authorities both in Europe and the US still trying to track her down.

Authorities have accused the Cryptoqueen of being behind a pyramid scheme that defrauded investors of more than $4 billion. OneCoin was created in 2014, and investigators are alleging that the project was intended to be a Ponzi scheme from the moment it was created. Ignatova stood on Wembley Arena in 2016 and explained that OneCoin was "for everyone to make payments everywhere, [to] everyone, globally," and that investors in the project would get a 5 to 10 times return. 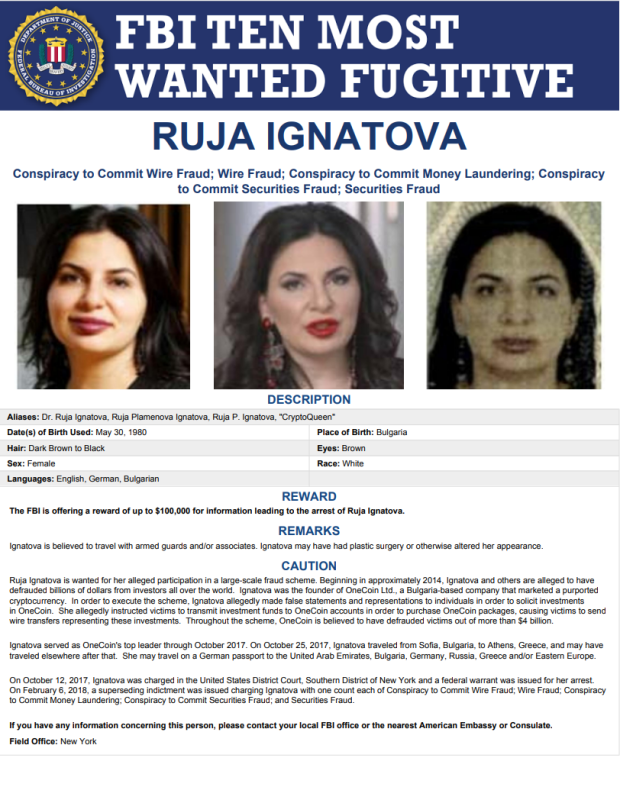 However, OneCoin never had a payment system or blockchain model - it lacked the vital technology for such a model to ever exist for investors to use. OneCoin encouraged investors to get more people to invest in the project through a pyramid scheme that rewarded users for recruiting new investors. At its peak, OneCoin's network conned more than 3 million people, according to the prosecutor, Damian Williams, the US attorney for the Southern District of New York.

Williams said that Ignatova preyed on the public's humanity by promising that OneCoin would change the lives of "unbanked people". Notably, the prosecutor said that the Cryptoqueen timed her scheme "perfectly" as it was at the height of the early cryptocurrency speculation. According to court documents, Ignatova was aware of what she had done and wrote to a co-founder in 2014 that the plan was to "take the money and run and blame someone else for this."

In October 2017, Ignatova was living with her boyfriend and became suspicious of him. The Cryptoqueen bugged her boyfriend's apartment and learned that he was working with the FBI. Ignatova immediately boarded a flight from Bulgaria to Greece with zero luggage and hasn't been seen since.

"She immediately boarded a flight from Bulgaria to Greece with a security guard. Not one piece of luggage. The security guard came back, but Ignatova didn't. She hasn't been seen or heard from since," said Williams.