The Non-Fungible-Token (NFT) market has taken a dive following the massive cryptocurrency market crash that is currently being experienced. 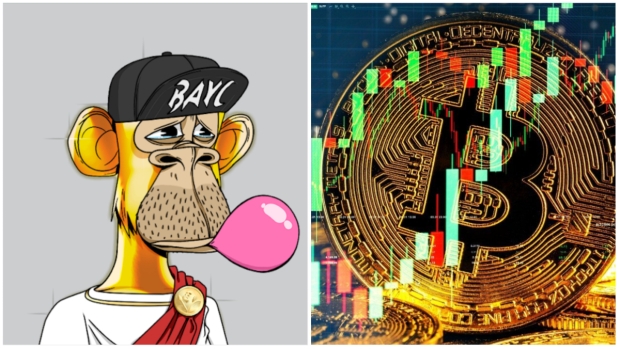 Bitcoin's price reached an all-time high of $69,000 back in November 2021, and since then, the world's most popular cryptocurrency has been slowly decreasing in price until it fell off a cliff in early June, causing a bloodbath of red candles to sweep the charts. The crash of Bitcoin has dragged down the entire market as a whole, with many individuals seeing dwindling prices across the majority of coins and deciding to pull their money out of the market until it's a "safer" time to reinvest it.

The NFT market is no different, with now even large projects such as Bored Ape Yacht Club experiencing a 30% reduction in floor prices in just 30 days. According to Pedro Herrera, head of research at blockchain data-tracker DappRadar, who spoke to Bloomberg, the "NFT market has fallen off the cliff this June", and its become apparent that traders are looking for "safer" places to invest their money. However, some investors in the space believe that this overall downturn in the cryptocurrency and NFT market, in particular, are a natural result of any new market that has caused waves.

According to Aaron Brown, a Bloomberg columnist and cryptocurrency investor, the NFT market dropping in price has caused "much of the craziness" to have been "bled out of NFTs" and that the market will eventually mature after it goes "through a period of consolidation".

It will be interesting to see what the NFT space will evolve into after the cryptocurrency market eventually recovers and more attention is put back onto it. Will projects such as the Bored Ape Yacht Club still be around, dominating the space? Or will projects that are more easily understandable by the masses reign dominate? Regardless, the NFT and cryptocurrency industries won't be going away anytime soon, with many companies such as Meta (Facebook) pivoting entire platforms towards Web3.