Arm has just announced its next-gen flagship GPU with a really interesting name that I like the sound of more and more as I see it: Immortalis. 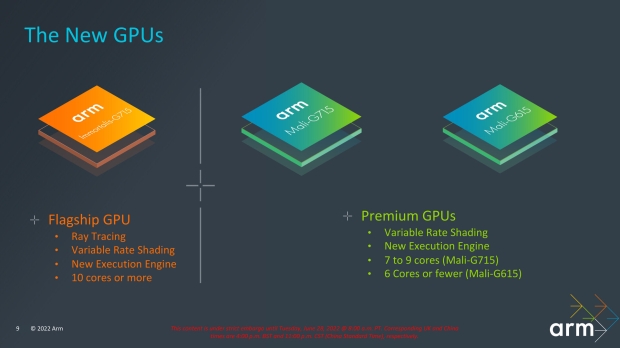 Arm's new Immortalis-G715 GPU is the first Arm GPU to feature hardware-based ray tracing support, designed specifically for mobile. We have ray tracing on the PC and consoles and have had it for a while now, but Arm is wanting to get ray tracing support into smartphones and now it's on its way.

We all know that enabling ray tracing in games can make them look better, but performance suffers: this is where the likes of NVIDIA DLSS (Deep Learning Super Sampling) and AMD FSR (FidelityFX Super Resolution) upscaling technologies can help. But on mobile, we don't have those yet. 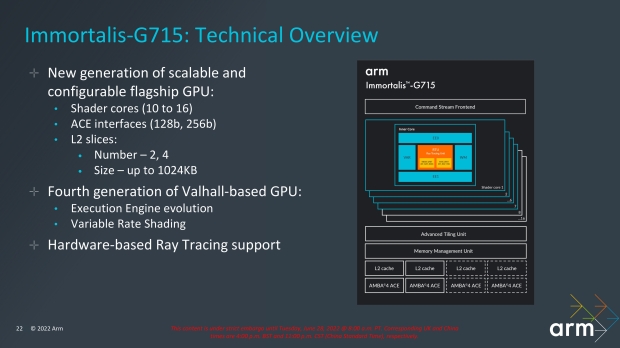 Arm is aware of the ray tracing techniques using power, energy, and area on the mobile SoC but notes that ray tracing on the Immortalis-G715 only uses 4% of the shader core area... while delivering a huge 300% performance improvement through the use of hardware acceleration. 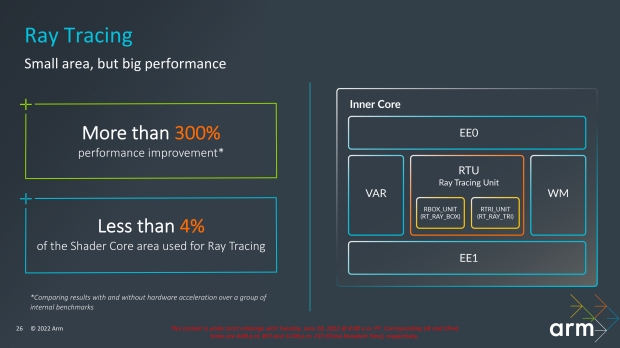 Arm believes that Ray Tracing represents a paradigm shift in mobile gaming content. We decided to introduce hardware-based Ray Tracing support now on Immortalis-G715 because our partners are ready, the hardware is ready, and the developer ecosystem is (about to get) ready.

When Immortalis-G715 is featured in flagship smartphones at the start of 2023, we see this as the foundation for the ecosystem to start exploring Ray Tracing techniques for their gaming content. This will help to prepare for a fully fledged transition to Ray Tracing on mobile as the technology continues to evolve in the next several years.