Samsung has announced that it has kicked off the initial production of its next-gen 3nm process node, using Gate-All-Around (GAA) transistor architecture. 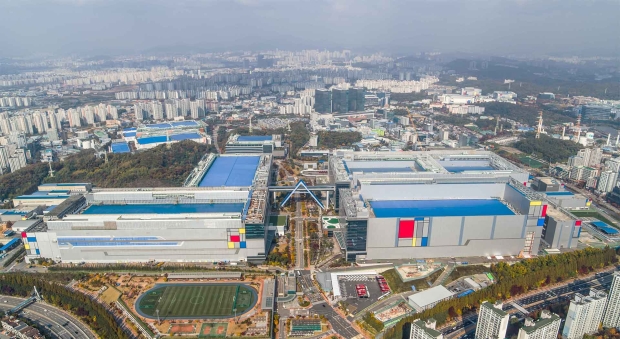 Dr. Siyoung Choi, President and Head of Foundry Business at Samsung Electronics explains: "Samsung has grown rapidly as we continue to demonstrate leadership in applying next-generation technologies to manufacturing, such as foundry industry's first High-K Metal Gate, FinFET, as well as EUV. We seek to continue this leadership with the world's first 3nm process with the MBCFET™. We will continue active innovation in competitive technology development and build processes that help expedite achieving maturity of technology". 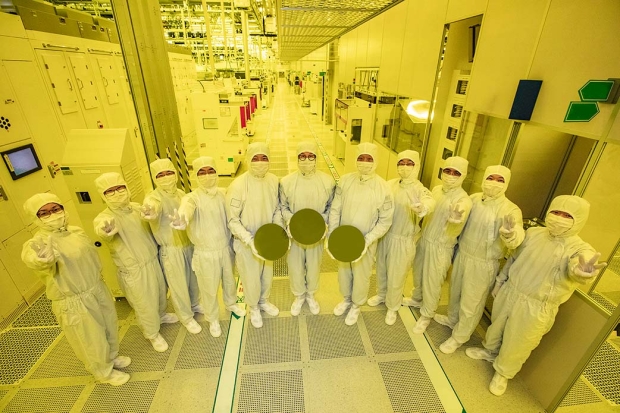 Samsung's new proprietary technology uses nanosheets with wider channels, which allows for more performance, and greater power efficiency compared to GAA technologies using nanowires with narrower channels. Samsung's use of 3nm GAA technology allows the company to tweak the channel width of the nanosheet in order to optimize power usage and performance for their various needs of their customer. 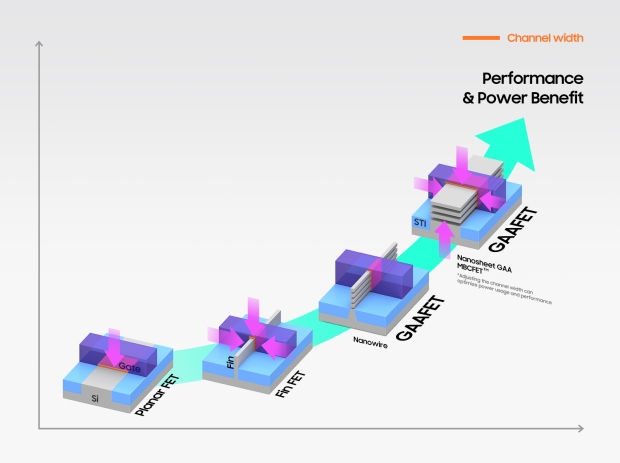