Fire Emblem Heroes has passed $1 billion in revenues since its release in February 2017, analyst firm SensorTower has reported. 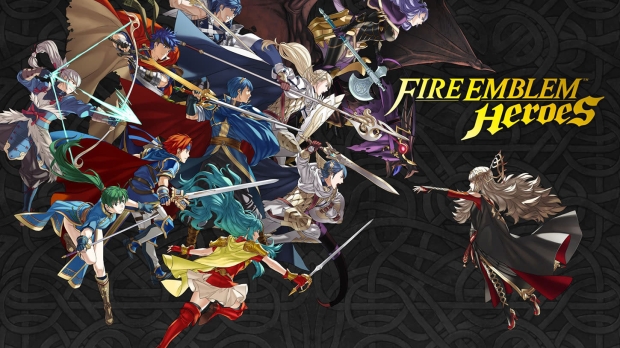 Nintendo's mobile division just reached its first $1 billion game. The Japanese games giant has raked in $1 billion from Fire Emblem Heroes since its launch in early 2017, making it Nintendo's most lucrative free-to-play game to date. The mobile sensation has been downloaded 17.8 million times on iOS and Android. 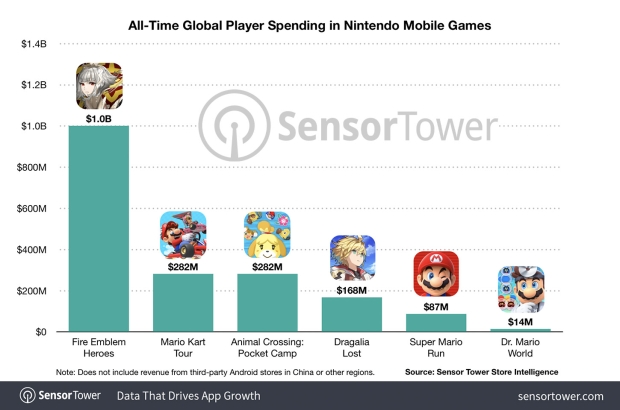 This marks a big milestone for Nintendo's mobile segment, which traditionally accounts for less than 10% of its total quarterly revenues. From Q4 2017 to present, Nintendo has earned $2.363 billion from mobile games, with Fire Emblem Heroes leading the charge with an exponential leap in earnings compared to other titles (Mario Kart Tour, the second most popular of Nintendo's mobile games, made $282 million in comparison). 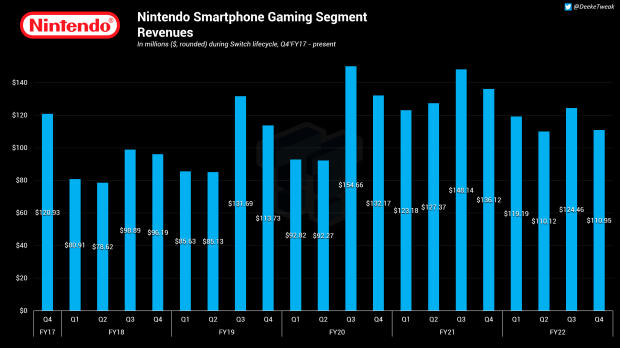 Since release to present, Fire Emblem Heroes has generated 42% of Nintendo's total mobile game segment earnings. It's likely that future Nintendo games will mirror the in-game purchases and overall monetization structure of Fire Emblem Heroes to maximize returns, however the games-maker is quite conservative and more careful with its mobile releases as multiple titles like Super Mario Run and Dr. Mario World have failed to hit internal metrics, including downloads and monetization.

Nintendo may also fold its Switch Online subscription with some sort of free-to-play offering, possible for both Switch and mobile devices, to help boost the overall cross-platform ecosystem.