The closer we get to AMD's next-gen RDNA 3 GPU launch, the more details that are leaking out: today, we have news that the rearchitected RDNA 3 GPU Compute Units will have "enhanced ray tracing" capabilities, and even faster GPU clocks. 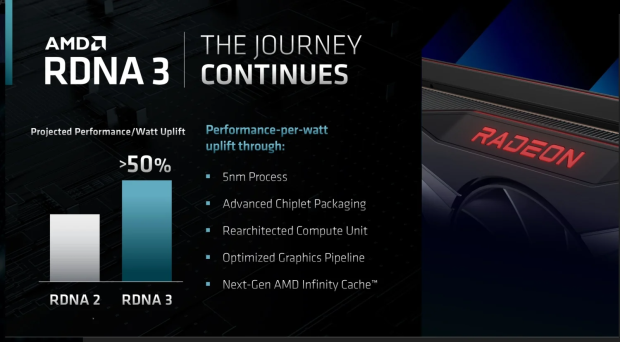 We don't know what these "enhanced ray tracing capabilities" are going to do, but it should be obvious that ray tracing performance and upgraded (and new) features inside of the next-gen AMD RDNA 3-based Radeon RX 7000 series GPUs will be plenty. AMD will better compete against NVIDIA in the ray tracing department, as NVIDIA is the clear dominating GPU in ray tracing, but RDNA 3 won't be messing around.

I reported on AMD's upcoming Navi 33-based Radeon RX 7700 XT graphics card reportedly having ray tracing performance that beats the Radeon RX 6900 XT. This was from Tom @ Moore's Law is Dead, and is a couple of rungs under the faster Navi 3X GPUs.

Back in early May 2021 (over a year ago now) I reported on rumors that Navi 31 would have "similar RT perf" to NVIDIA "though a tiny bit slower". Getting close to NVIDIA is good enough for AMD at this point because it gives them the ability to take a few swipes in some games with RT performance, especially with FSR 2.0-enabled games. 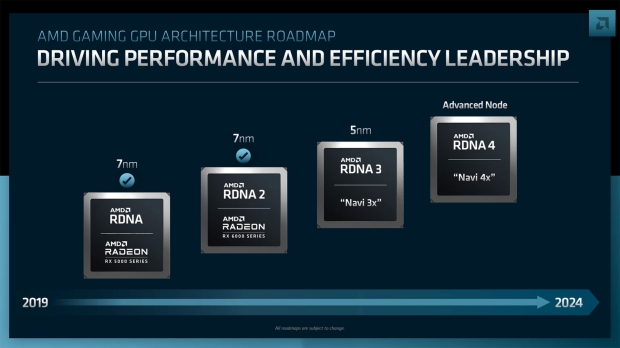 David Wang, AMD's SVP of Engineering at Radeon Technologies Group explained: "It (RDNA 3) is also our first gaming GPU architecture that will leverage the enhanced 5nm process and an advanced chip packaging technology. And another innovation includes a architected compute units with enhanced ray-tracing capabilities and an optimized graphics pipeline with even faster clock speeds and improved power efficiency".

"And to bring more photorealistic effects into the domain of realtime gaming, we are developing hybrid approaches that takes the performance of the rasterization combined with the visual fidelity of raytracing, to deliver the best realtime imerssive experiences without comprising performance".

"Lastly, our next-generation multimedia, we will support advanced video codecs such as AV1 to deliver high-quality video streaming and reduce latencies and bitrates. We will also improve our display capbilities with the new DisplayPort 2.0 standard to support upcoming HDR displays with high resolutions and refresh rates". 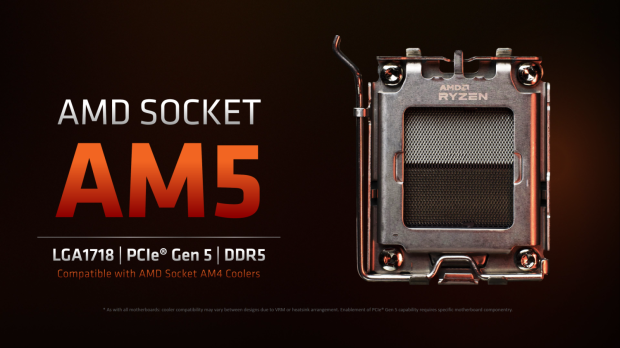 Before AMD unravels and releases its new Radeon RX 7000 series CPUs we'll see the company push out its next-gen Zen 4-based Ryzen 7000 series CPUs. The new Zen 4 processors will be on a new AM5 socket, with the upcoming X670E + X670 motherboards packing both next-gen DDR5 and PCIe 5.0 technologies. The new RDNA 3-based GPUs are rumored to be new PCIe 5.0 x16 on the flagship Navi 31-based graphics cards.