Hello Games has teamed up with Bandai Namco to distribute and publish No Man's Sky on Nintendo Switch, and also confirmed some surprising metrics for the space sim.

No Man's Sky is one of the biggest comeback stories in all of gaming. Since 2016, gamers have spent over half a billion hours in Hello Games' constantly-evolving sci-fi exploration indie. This includes all platforms and updates from release to present--all 25 free expansions, tweaks, and content drops that have significantly evolved and changed the game over time.

"The No Man's Sky community is one of the largest and most welcoming in all of gaming. For many it is their 'forever game', with over half a billion hours played, across millions of players,"reads a press release from Bandai Namco.

No Man's Sky on Nintendo Switch will come with access to all expansions and releases to date, including the new Leviathan update that adds interstellar space whales and a unique roguelite survival shooter mode. 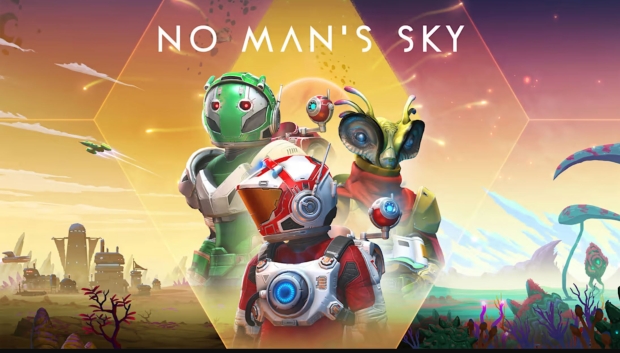 "I think folks are going to be blown away when they finally get to play this game on such a tiny device," said Sean Murray, founder of Hello Games, a development team based in the United Kingdom. "It really is an entire universe in the palm of your hand. It has been a huge undertaking, but a very rewarding one for our small team, and I'm really proud of the result."

The press release also says that No Man's Sky is a live service game that will continue expanding with more content. Hello Games has said their next game, which is believed to be even more ambitious than No Man's Sky, is in active development.

The game will drop on Nintendo Switch on October 7, and Sony Interactive Entertainment is also publishing a PlayStation 5 re-release of the game on the same day (all PS4 versions of No Man's Sky can be upgraded to PS5 for no cost).