Tesla CEO and founder Elon Musk sat down for an interview with Tesla Owners Silicon Valley that was filmed on May 31 and published on YouTube on June 22.

Throughout the lengthy interview, Musk covers multiple topics, such as the struggles of owning a car company and the plethora of supply chain problems Tesla is currently facing. Additionally, Musk discusses the problems of owning a car company and the extreme effort that has to be made for the company to stop itself from going bankrupt. Musk also touched on the recent shutdown of Tesla's Shanghai factory following a COVID-19 outbreak in the region that resulted in a full lockdown.

20 minutes into the interview, the topic of the Tesla Cybertruck was brought up, and Musk said that "we to get on that", and then confirmed that the design for the highly anticipated electric truck, as of May 31, "locked". Musk emphasized that the design is "for sure locked", and that the delay in the vehicle's production can be attributed to supply chain shortages. In particular, Musk pointed to the microchip shortage and how Tesla was forced into "starving" the PowerWall line of batteries so the company could manufacture vehicles.

Furthermore, Musk illustrates just how serious the Shanghai factory shutdown has impacted Tesla's overall production, and, therefore, timelines for vehicles such as the Cybertruck and the Semi. However, Musk did confidently say that given the timeline of how things are moving along, the Cybertruck is expected to enter production in the middle of next year. 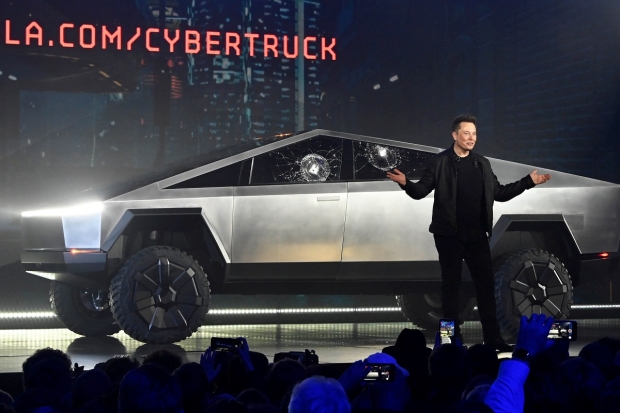