The cryptocurrency market has taken a turn for the worst throughout June, and reports indicate the price of Bitcoin has fallen below its cost of production.

In the first week of June, the price of the world's most valuable cryptocurrency fell 30%, taking the already trickling-down price from approximately $30,000 to $20,000 - with some days it dipping as low as $17,800. As many seasoned traders or hodlers would have expected, there were many buy orders in place for the $20,000 support, giving way to three days of green buy candles that have formed (what seems to be) a mini-support.

The bloodbath of red candles may not be over, and with the new on-chain analytics being talked about by data analytics company MacroMicro, there may still be some bleeding to come in the future. According to MacroMicro, who has found the average cost of mining Bitcoin with data provided by Cambridge University, the average cost to mine a Bitcoin is about $24,000, and the price of Bitcoin is currently at $20,000.

The sharp decrease in Bitcoin's price on June 12 was when mining Bitcoin no longer became profitable, which may result in miners around the world stopping their PCs from mining Bitcoin, reducing the overall hash rate and the total supply of Bitcoins entering the market. This, in turn, will drive up the demand for Bitcoin, and thus increase the price.

Notably, this is just one indicator that the market may have found a bottom, but given the current global economic climate, with the Federal Reserve making announcements, war in Ukraine, and general global market uncertainty - this one indicator of a possible bottom being found for Bitcoin may just be a single drop in an ocean of factors that can impact its overall price. 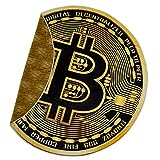