A project focused on recording the activities of North Korea has found that the nation is preparing for a nuclear test. 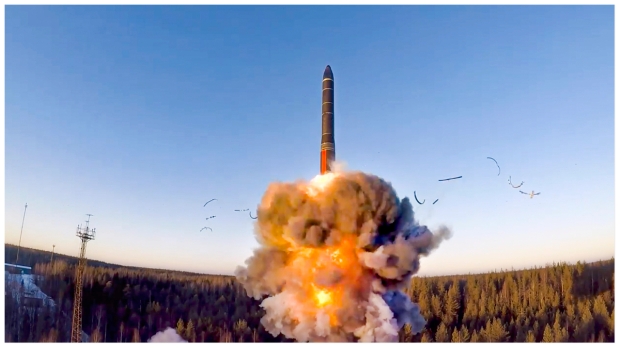 Beyond Parallel, partnered with the Center for Strategic and International Security (CSIS), has released a batch of new satellite images of North Korea's Punggye-ri nuclear test site. The images were taken from Airbus Pleiades neo satellites on June 14, 2022, and show work being completed on Tunnel No.3, which Beyond Parallel state means the nation is "ready for an oft-speculated seventh nuclear test."

Notably, one of the images in the batch show construction being done on a new tunnel - Tunnel No.4. The authors note that the construction of the new tunnel suggests that North Korea is making a large effort to increase its nuclear testing capabilities and is an "effort to reenable it for potential future testing". The authors of the report write, "The timing of a seventh nuclear test now rests solely within the hands of Kim Jong-un." 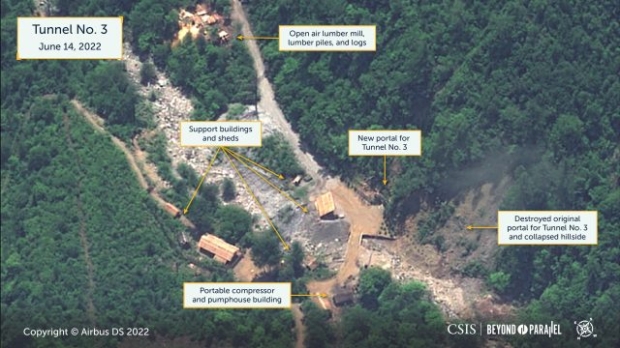 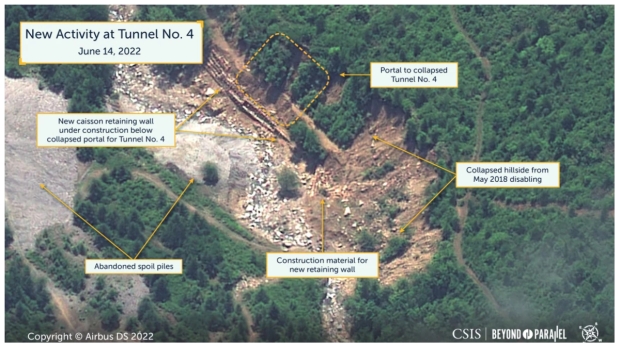