The space agency has posted the images to its International Space Station Laboratory Twitter account and wrote that astronauts aboard the space station recently enjoyed a pizza party in space. The ISS National Lab Twitter account explained that the astronauts cooked their own pizzas with a selection of very few ingredients that can be seen in one of the images.

As pointed out by Futurism, the pizzas seen in the images certainly don't look very appetizing, but considering the ISS's location 250 miles above Earth and the fact that astronauts aboard the station aren't privy to luxurious foods, it seems, at least from the images, that the pizzas were thoroughly enjoyed despite their appearance. For those wondering if these are the first pizza's ever eaten in space, they aren't, as Pizza Hut delivered a six-inch pizza to Russian cosmonaut Yuri Usachov in 2001.

You be the judge of which pizza looks better. 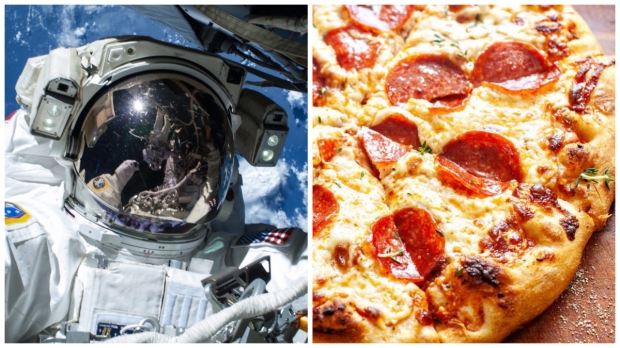