Intel has shown off its Arc Alchemist desktop GPU at its recent Intel Extreme Masters (IEM) 2022 event in Dallas, Texas, USA. Check it out: 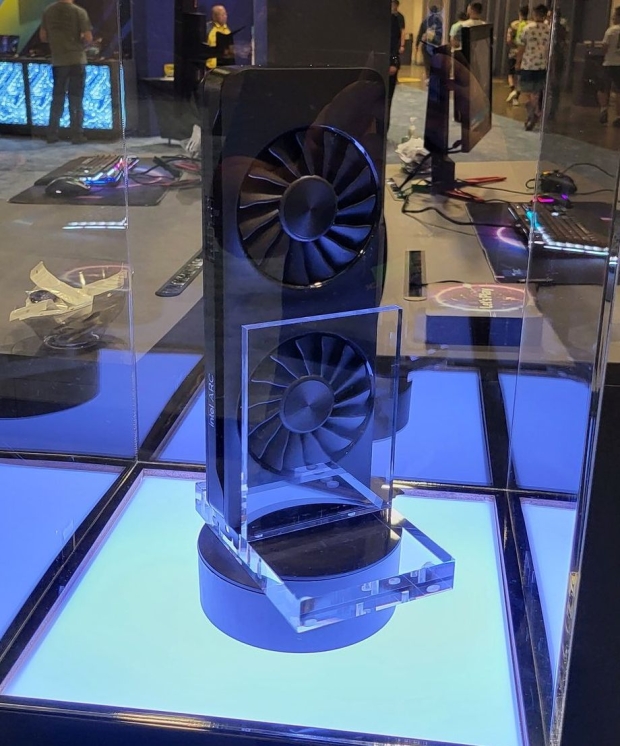 I don't know if I'd call this a "real" card as it would be a dud that wouldn't work, wouldn't have final hardware, and probably wouldn't even turn on. We just get a look at what the card might look like if it's ever released because right now it's the Duke Nukem Forever of graphics cards.

Intel had its dual-fan Alchemist ACM-G10 GPU "on display" with the full 32 Xe-Core setup, which should have 16GB of GDDR6 memory when it launches. You can also see that it has an 8+6-pin power connector setup, and I'm sure this part won't change when Intel eventually launches its Arc Alchemist desktop GPUs.

I guess it'll be nice to see if Intel delivers on this promise, and launches the card as is -- and looks like this. It looks cool, but I guess we'll have to wait and see.