On an early production board from GIGABYTE which we believe is still being fine tuned according to our sources at the Taiwan motherboard company, they compared Intel QX9650 and QX9770 processors. 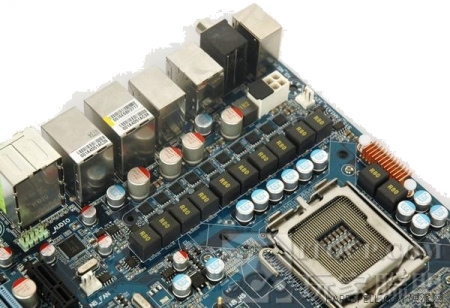 The QX9650 is running at 3GHz with a 333MHz FSB and the latter at 3.2GHz using an FSB speed of 400MHz. Without any surprise at all, the higher clocked QX9770 comes out in front in all tests but not by as far as you may have thought.

We believe that the motherboard they used for testing should not be indicative of final performance numbers since not only GIGABYTE but other motherboard makers are still tweaking their X48 products.

Nevertheless, it was an interesting read. We will have our reviews of X48 products online once they are ready to ship to consumers.