Researchers have constructed a new soft robot capable of navigating through mazes without the use of batteries, motors, or computers. 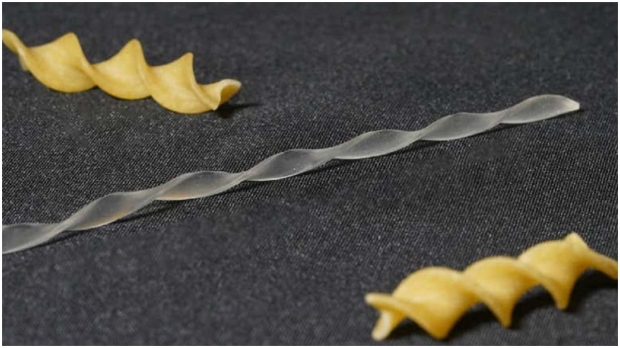 The new spiral-shaped device is made from a rubber-like material that is impregnated with liquid crystals. When the device is placed on a surface, and that surface is heated to at least 131 Fahrenheit, the areas on the device that are touching the surface begin to heat up and expand, while the areas that aren't touching the surface "remain static". The result of this interaction with the heated up surface causes the device to snap in a twisting motion that moves it up to 3.8 millimeters per second.

Notably, when placed in a maze, the soft robot moves in one direction until it reaches an obstacle. Suppose the device cannot pass the obstacle after several attempts. In that case, it will switch its orientation to the opposite of what it currently was, meaning the soft robot will simply collide with all obstacles in its path until it eventually finds its correct path out of the maze. Furthermore, the researchers were able to demonstrate the soft robot with no intelligent control was able to navigate over sand, pebbles, climb slopes, and even push small aluminum cylinders.

"This guy's not like a robot, but his performance is like a robot. We show that with only a simple twist you can already achieve such interesting things. And if you make this guy more complex, like a more complex 3D structure, I believe it can encourage more advanced capabilities," said the device creator Jie Yin from North Carolina State University.