The Mars Curiosity rover snapped an image of a rock formation on the surface of the Red Planet, and the image has picked up quite a lot of traction online. 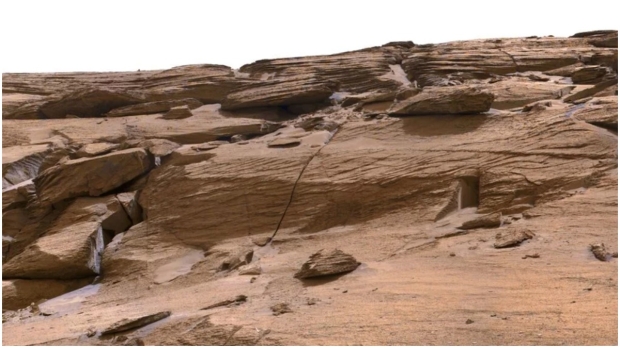 The image was posted to the NASA subreddit, where it gained many upvotes, with many people speculating what the "door" was and how it formed. Looking at the image, there are many shadows cast by the rock, which has lent to the theory of the alien "door" being formed, which was quickly shut down by NASA officials.

NASA's Jet Propulsion Laboratory (JPL) spoke to Snopes and said that the rock formation gives the appearance of a "portal" or a "door" due to it being a "very, very, very zoomed in shot of a tiny crevice in a rock." Notably, NASA JPL said to the publication that the "door" is only 11 by 17 inches, and to understand its true size, you can look at the below full-sized image.

Another factor as to why humans see a "door" or a "portal" is due to the illusion known as "pareidolia", which is the visual tendency to impose shapes or faces out of randomness.