The new Arma Reforger early access game brings the series to consoles for the first time ever. 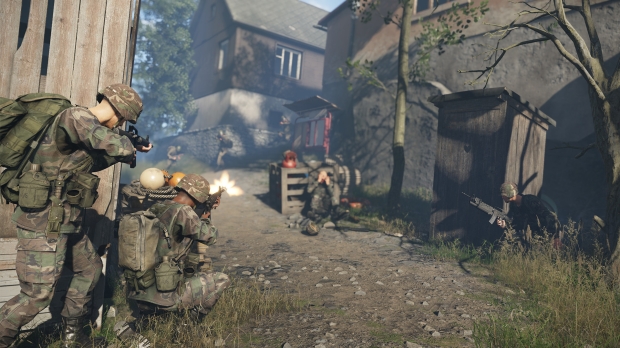 Beloved tactical shooter Arma is back with its next release for consoles and PC. Introducing Arma Reforger, a new campaign set in the 1980s Cold War built from the ground up with the tweaked Enfusion engine. Reforger takes place in the classic mid-Atlantic island of Everon and is Bohemia's biggest map ever with 52 square kilometers of battlefield.

Reforger supports multiple modes including Game Master, which allows players to edit missions and parameters in real-time. One of the biggest features is how mods are now compatible between Xbox Series X/S consoles and PC. Users can create mods with the same game-making tools the devs used to make the game and release them for both consoles and PC.

"Arma Reforger's modded content is now available to all and can be downloaded by console owners from the Workshop, a content creation sharing repository, exclusive to the game," the announcement reads.

Remember that Arma Reforger is currently in early access and is not finished. It's priced at $29.99 on Steam and Xbox.

"The game is currently a "core package" that gives players a first look at how we see the future of the Arma series, something we can share, discuss, and enhance," Bohemia Interactive said on the game's Steam page.

"The game contains three game modes right now: several scenarios of "Conflict," a bigger scale, persistent game mode where players capture strategic points on the battlefield; Capture & Hold, a fast paced mode where players battle furiously for a vantage point of tactical importance; and Game Master, where players can let their imagination run wild and create their own missions."