The US government is preparing to have a discussion about UFOs, or as officials would prefer them to be called "Unidentified Aerial Phenomena (UAP)", on May 17. Individuals can tune in online.

Last year the US government officially recognized that there are several cases of UAPs entering US airspace and performing maneuvers that are currently impossible with modern-day technology. The official recognition of these UFOs came in the form of a report from the Unidentified Aerial Phenomena Task Force that documented many cases of high trained military officials tracking mysterious objects.

This report has been one of the key stepping stones toward the public hearing held by the House Intelligence Committee's Counterterrorism, Counterintelligence, and Counterproliferation Subcommittee, being scheduled for May 17 at 9 AM. The hearing will feature high-profile witnesses such as Ronald Moultrie, the Pentagon's top intelligence official, and Scott Bray, the Deputy Director of Naval Intelligence.

Notably, the hearing will overseen by Andre Carson, who said last week, "The American people expect and deserve their leaders in government and intelligence to seriously evaluate and respond to any potential national security risks - especially those we do not fully understand. Since coming to Congress, I've been focused on the issue of unidentified aerial phenomena as both a national security threat and an interest of great importance to the American public."

Furthermore, Carson said that the purpose of the hearing will be to "give the American people an opportunity to learn what there is to know about these incidents."

While the officials behind the meeting have hyped up its potential, some UFO investigators aren't taking the bait and are in "wait and see mode".

"I'm generally in a 'wait and see' mode with respect to the hearings. It's great that any type of hearing on UFOs/UAPs is being held, but two hours will barely be enough to scratch the surface," said Mark Rodeghier, the scientific director of the Center for UFO Studies.

"I don't expect any findings at this stage, but I would be pleased to learn about the progress being made in setting up a robust, science-based effort to investigate UFOs," added Rodeghier.

"I don't anticipate much - basically a continuation of what was in the UAP report. They will talk about setting up the AOIMSG group, establishing procedures and processes, safety issues and coordination," said Mick West, a British science writer, and skeptical investigator. 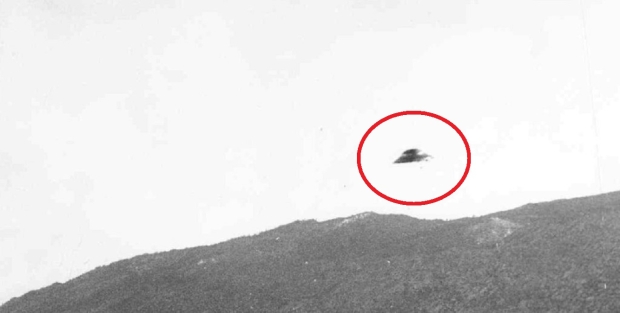