Intel is still preparing its Arc GPU family for the desktop, but now we have some unannounced Arc GPUs for the desktop that have appeared in the new beta GPU drivers. 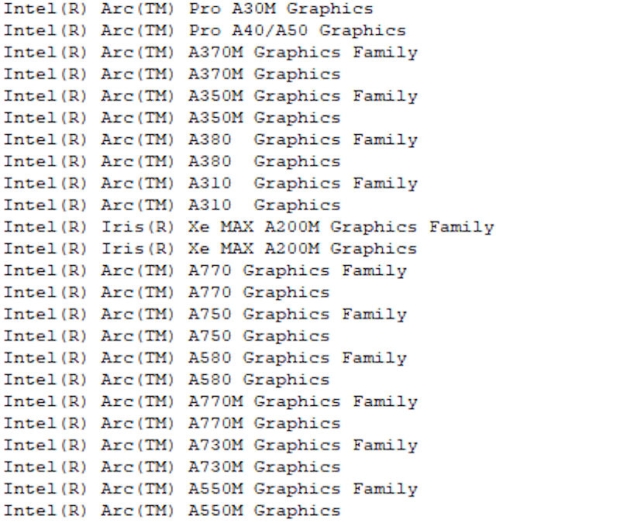 The list also includes the Intel Arc Pro A40/A50 and A30M GPUs for laptops, as they'll be destined for workstation and professional solutions in the future. All of this doesn't really matter, as Intel will be launching its new Arc GPUs as an exclusive to China at first... which I truly don't understand... I don't understand this entire launch from Intel to be honest.