The European Space Agency (ESA) has taken to its website to showcase new images of Mars and its network of long grooves in its surface. 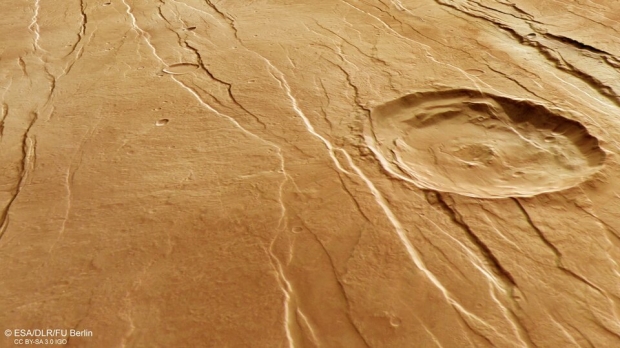 Posted to the ESA website on April 28, 2022, the space agency explains that the features seen in the above image are involved in a large fault system that is called Tantalus Fossae. The Tantalus Fossae was formed when the nearby Alba Mons volcano rose out of the ground.

The indents on Mars' surface are called "grabens" and are also present on the other side of the volcano. These grabens stretch as far as 621 miles, and can be up to 6 miles wide and 1,100 feet deep. Below is a topographical view of the region, which displays a legend that indicates the depth of the terrain in meters. Red terrain is far lower than the terrain in the northern right-hand corner of the image.

"This area is named after Tantalus, a son of Zeus and Plouto who, according to Greek legend, betrayed the gods and was forced by Hades to stand in water beneath a fruit tree. When he tried to drink the water retreated, and when he tried to eat the branches moved beyond his reach - a punishment known as the torments of Tantalus," wrote the ESA. 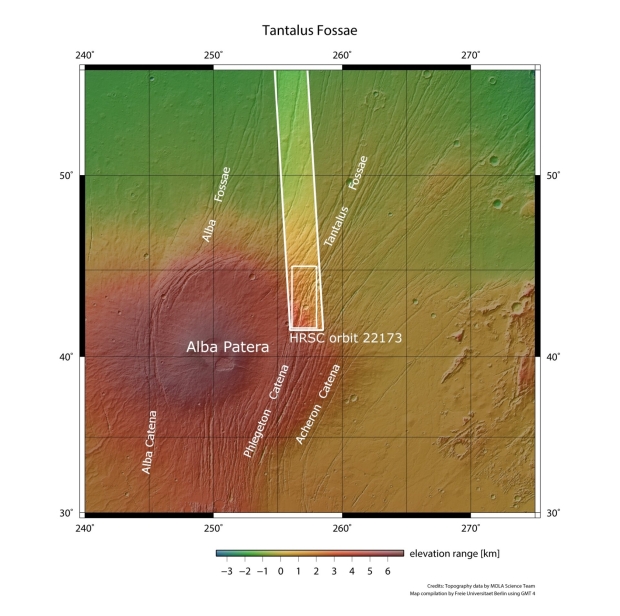