The European Southern Observatory has taken to its website and social channels to share a new image snapped by the Very Large Telescope.

The Very Large Telescope (VLT) located in Chile has pointed its very impressive instruments at the spiral galaxy called NGC 3627, which is also called Messier 66. The spiral galaxy is located approximately 31 million light years from Earth and resides within the constellation Leo. Notably, the above image was taken using the VLT's Multi-Unit Spectroscopic Explorer (MUSE), and is a result of multiple observations in different wavelengths of light.

Furthermore, the European Southern Observatory explains that instead of the typical stars that are seen in numerous spiral galaxy images, the above image of Messier 66 instead shows gas ionized by newly-born stars. Additionally, the ESO points out that hydrogen can be seen in red, oxygen in blue, and sulfur in orange. If you are interested in learning more about this image or more like it, check out the European Space Observatory website here. 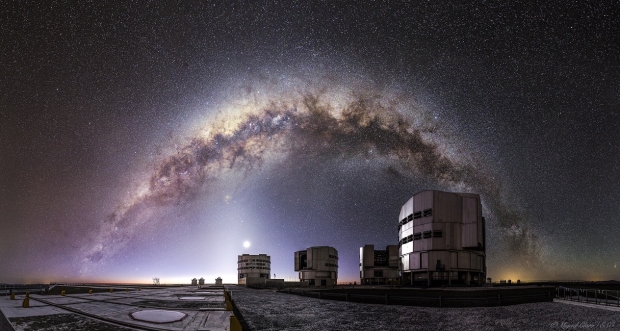