NASA has taken to its blog to announce that there was a communications dropout between its Ingenuity helicopter and the Perseverance Mars rover. 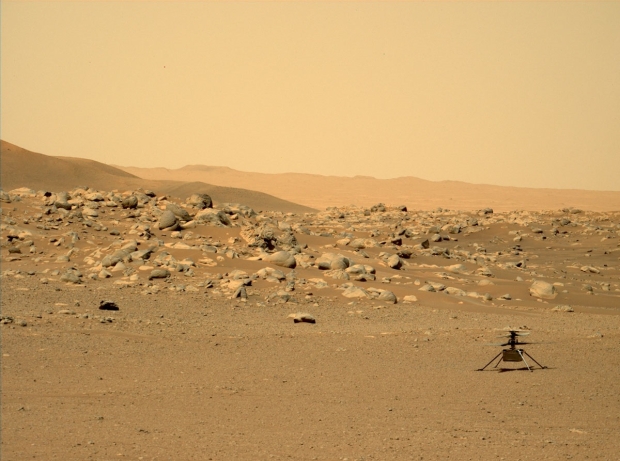 On NASA's website, the space agency states that the Mars helicopter named Ingenuity missed planned communications with the Perseverance rover. Ingenuity uses Perseverance as a base station to receive new commands from Earth. Alerted to the drop in communications, NASA began to perform tests to see what had gone wrong.

According to the space agency, Ingenuity failed to communicate with the rover on May 3, which was due to the helicopter entering a "low-power state" that NASA says may be due to the "seasonal increase in the amount of dust in the Martian atmosphere and lower temperatures as winter approaches". Essentially, the increase in martian dust is reducing the amount of sunlight Ingenuity's solar array can acquire, limiting the total amount of charge the helicopter can contain.

"We have always known that Martian winter and dust storm season would present new challenges for Ingenuity, specifically colder sols, an increase in atmospheric dust, and more frequent dust storms. Every flight and every mile of distance flown beyond our original 30-sol mission has pushed the spacecraft to its limits each and every sol on Mars," said Ingenuity Team Lead Teddy Tzanetos of NASA's Jet Propulsion Laboratory in Southern California.

Now, NASA engineers have a plan to get Ingenuity out of its sticky situation, but it doesn't come without risks. The space agency has uploaded new commands to the rover, which has reconnected with Ingenuity (May 5) that instruct the helicopter to lower the initiation point of its heathers to minus 40 degrees Fahrenheit. The heaters are used to keep Ingenuity's components from breaking in the cold Mars night, but by lowering their initiation point, the helicopter is able to conserve much more battery.

However, some of Ingenuity's components are commercial "off-the-shelf parts that weren't designed for the cold of deep space operations".

"The Ingenuity engineers hope that after several days of the helicopter's array soaking in the limited rays, the battery will have reached a point where the spacecraft can return to normal operations," writes NASA.

"Our top priority is to maintain communications with Ingenuity in the next few sols, but even then, we know that there will be significant challenges ahead. I could not be prouder of our team's performance over the last year, let alone our aircraft's incredible achievements on Mars. We are hopeful that we can accumulate battery charge in order to return to nominal operations and continue our mission into the weeks ahead," said Tzanetos.