NVIDIA's new flagship GeForce RTX 3090 Ti graphics card has a high TDP by default, with 450W at default... but now we have professional overclockers pushing it up to a huge 890W power limit. 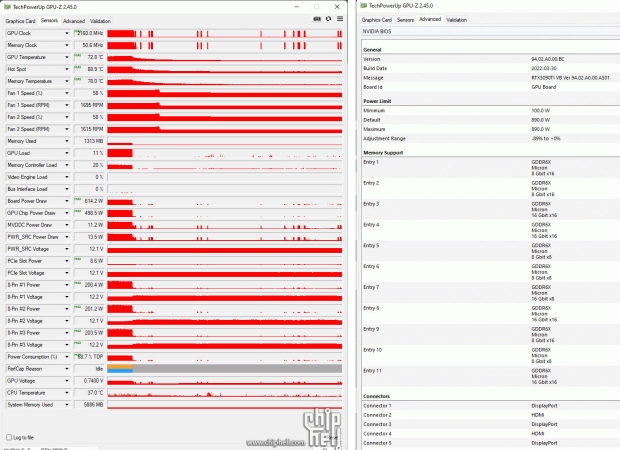 MegaSizeGPU has uploaded a screenshot to Twitter from GPU-Z teasing the insane 890W power limit on the GeForce RTX 3090 Ti. The screenshot is proof that the GPU had a power limit of 890W, which is virtually double the 450W default TDP... crazy stuff, all from a custom XOC BIOS.

There is of course some exotic LN2 cooling used, the same stuff that froze the T-1000 in Terminator 2, but what's impressive here is that the XOC BIOS was used to push a card like the ASUS TUF Gaming RTX 3090 Ti... and not the bonkers custom GALAX HOF and EVGA KINGPIN variants of the GeForce RTX 3090 Ti which have not one, but two 16-pin PCIe power connectors.