Embracer will have an incredible 230+ game development projects in the works following its big Square Enix acquisition, but only a portion of them are AAA games. 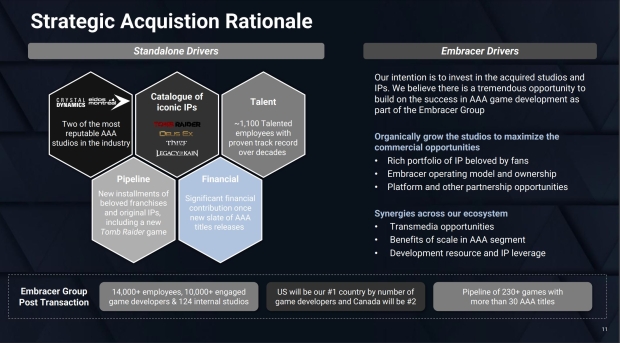 Our records show that Embracer Group had 216 game dev projects in the works as of December 2021. The new numbers show a 14 project increase. This implies that these new studios could be working on multiple projects a piece, and could also include new games being announced by existing teams.

Embracer CEO Lars Wingefors says that only 30 of these new games are "classified as AAA," which is about 13% of the total sum of projects.

Some of the most anticipated new games include Saints Row V, a new Metro game, Dead Island 2, a new Borderlands mainline sequel, and the associated products with Square Enix's new teams.