As explained in NASA's blog post from April 1, Jupiter and Venus will be meeting in a planetary conjunction on the morning of April 30. Skywatchers will see what appears to be the two planets colliding into each other due to the glare. As the conjunction reaches its pinnacle, both the planets will merge into one blur of light that will produce a "spectacular glow", according to NASA.

Notably, the space agency explains that the "merger" is actually an illusion as Venus and Jupiter are many millions of miles apart. This illusion is caused by an alignment of Jupiter, Venus, and Earth and only happens when the alignment is absolute. NASA also states that this magnificent celestial event will continue into the morning of May 1, but the positions of Jupiter and Venus will be reversed. 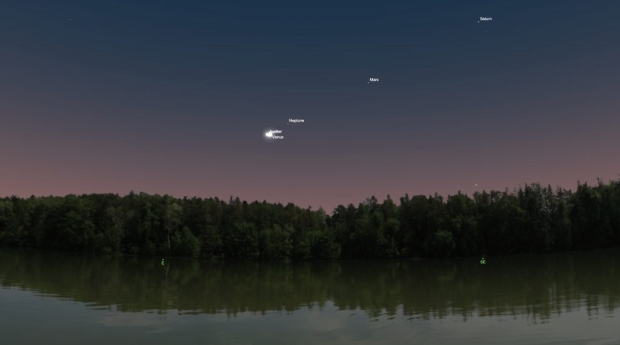 If you are interested in checking out the celestial event for yourself and don't know how to locate the planets in the sky, it's advised that you download either a free or a paid skywatching app for your smartphone.