Ex-Nintendo of America President Reggie Fils-Aime supports NFTs, and he has a compelling and unique vision in favor of blockchain gaming. 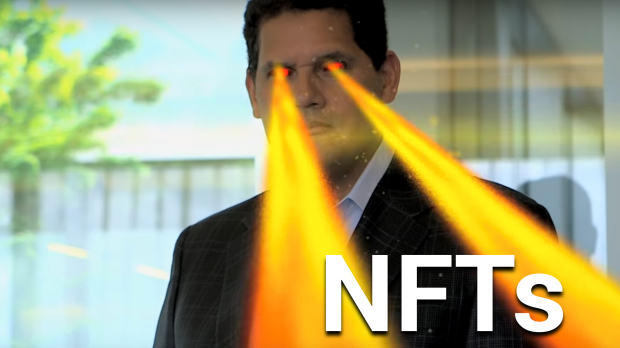 Reggie "The Regginator" Fils-Aime has an interesting idea about NFTs. As president of Nintendo's America branch through some of the most transformative eras in gaming, Fils-Aime witnessed tectonic shifts in the industry. First with the Wii, and then the 3DS handheld hybrid, and finally the Switch. Along the way, Fils-Aime also saw Nintendo's push towards services, namely with Switch Online.

Now Fils-Aime sees big opportunity with NFTs and blockchain, and has laid out an ambitious vision that could actually appeal to gamers. The idea is simple: Spend your entertainment time to make money. What if you could sell the content, characters, and equipment you unlocked in a game to someone else? You could, in theory, monetize your time investment. Spend hundreds of hours in a game to progress, and then sell your progress to someone else who doesn't have the time.

Say, for example, being able to sell your Animal Crossing island for real money. Nintendo would get a cut, of course, and you'd get cryptocurrency that could be traded for real money.

"I say this as a player, where I may have invested 50 hours, 100 hours, or 300 hours in a game and when I'm ready to move on to something else, wouldn't it be great to monetize what I've built.

"I bet I'd have some takers here today if I wanted to sell my Animal Crossing island from the latest Nintendo Switch version.

"I'd like to be able to monetize that. Blockchain technology embedded in the code and in the development would enable me to do that.

"I'm a believer in the technology in where it's headed. Now I say that in the context of that it needs to make sense for the player.

"It can't just be an approach by the developer, that it's interesting, or that it's a way for them to make more money. In the end it has to be good for the player. But I see an opportunity."

It sounds great in theory, but this strategy isn't new.

Diablo III tried something similar way back in 2012 with the highly controversial Real Money Auction House, which allowed players to put up in-game items for real-world currency. It was a big hit for Blizzard, but polarized and alienated gamers due to significant progression bottlenecks that surfaced due to unbalanced gameplay.

Selling items, characters, and content is nothing new for the industry. The black market thrives on such things; people sell World of Warcraft gold and characters all the time, and even older games like Lineage II and Diablo 2 still have bustling side-seller economies.