AMD will be launching its RDNA 2 refresh GPUs on May 10, with ASRock preparing its new flagship Radeon RX 6950 XT OC Formula graphics card. 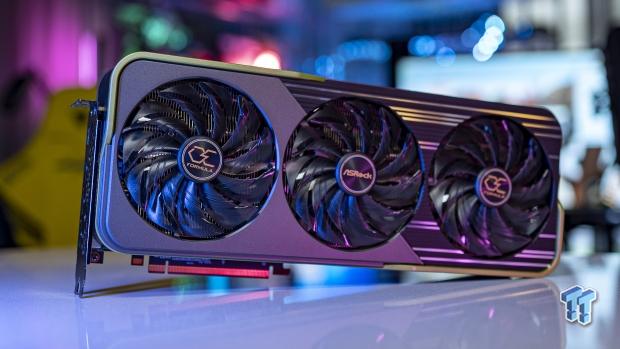 ASRock's new custom Radeon RX 6950 XT OC Formula graphics card has been spotted with the ECC (Eurasian Economic Commission) and will rock the tweaked Navi 21 XTXH GPU, and 16GB of GDDR6 memory that we should see clocked at 18Gbps. The current Radeon RX 6900 XT has the same 16GB of GDDR6, but it's clocked at 16Gbps.

GPU frequencies will reportedly hit 2475MHz boost, 10% higher than the reference GPU clocks of AMD's upcoming Radeon RX 6950 XT reference specifications. ASRock will be tweaking the hell out of the card like usual, with a fully custom PCB that has 21-phase VRM and 3 x 8-pin PCIe power connectors.