Nintendo and Illumination have delayed the new Super Mario Bros. film from Holiday 2022 to Spring 2023. 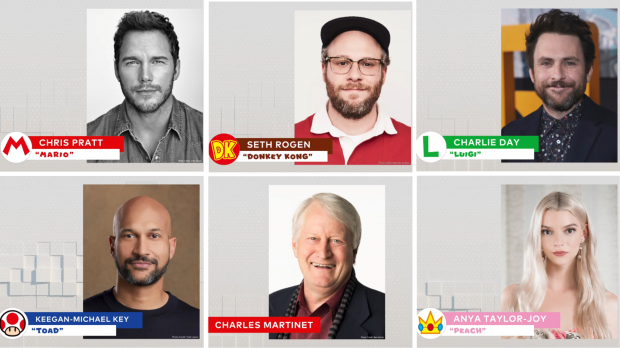 Nintendo's new Super Mario Bros. movie, currently in production at Illumination Entertainment (Minions, Despicable Me), was originally supposed to launch late this year. Now both Nintendo and Illumination have announced the star-studded adaptation is being pushed back by a full quarter. Sonic The Hedgehog's $145.8 million success may have had something to do with the delay.

"After consulting with Chris-san, my partner at Illumination on the Super Mario Bros. film, we decided to move the global release to Spring 2023-April 28 in Japan and April 7 in North America. My deepest apologies but I promise it will be well worth the wait," Nintendo's Shigeru Miyamoto said in an announcement.

Illumination's Chris Meledandri also put out this statement: "Miyamoto-san and I have been collaborating on all aspects of the Super Mario Bros. film and, together with our partners at Universal, have decided to move the global release to Spring 2023 - April 7 in North America and April 28 in Japan. We are excited to share this incredible film with you."

Originally discussed in 2017 and formally announced in 2018, production on the film ramped up with the announcement of big names joining the cast including Jack Black (Bowser), Chris Pratt (Mario), Charlie Day (Luigi), and Seth Rogan as Donkey Kong.

The unlikely ensemble drew considerable attention when Nintendo made the casting reveal in 2021.