NASA has taken to its blog to explain how its Hubble Space Telescope has been used to explore galactic wings.

NASA posted to its social channels and website last Friday to showcase a picture of two merging galaxies located in the VV-689 system. The two merging galaxies have been nicknamed "Angel Wing", as the above image shows that the two galaxies are currently on a collision course that has created an almost symmetrical shape that depicts angel wings.

Notably, the above image of colliding galaxies comes from the Galaxy Zoo citizen science project, a crowdsourced program involving hundreds of thousands of volunteers who comb through Hubble's data to locate and classify galaxies. In Hubble's long trove of data, the volunteers have discovered many galaxies that are yet to be fully studied and understood. 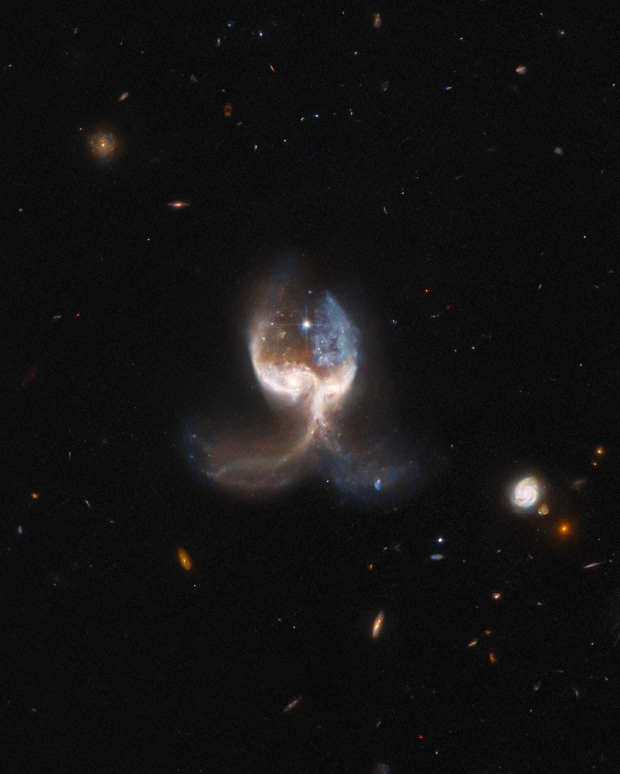 NASA explains, "the public cast 18,000 votes to choose targets for follow-up Hubble observations. The selected targets include ring-shaped galaxies, unusual spirals, and a striking selection of galaxy mergers such as VV-689."