Ubisoft's Project Q is real and it's a new arena shooter with irreverent weapons and a team-based battle royale mode. 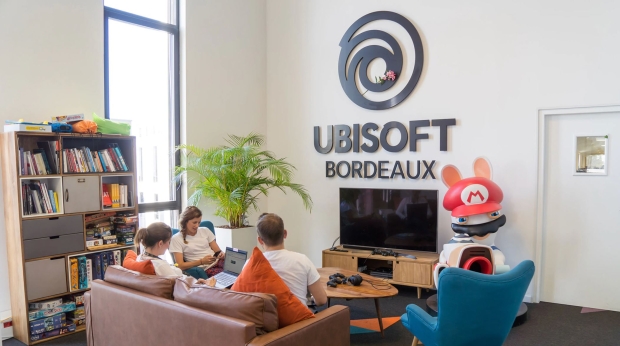 Ubisoft's new Project Q game was part of the massive GeForce leak, and it's currently in playtesting stages. Sources tell Exputer's Tom Henderson that Project Q is an "innovative and modern PvP battle arena game" complete with a goofy style and presentation.

Project Q is a free-to-play PVP arena shooter with offbeat heroes that use an arsenal of nontraditional weapons like playing cards, fireworks, sticks, and even paintguns. Each hero has their own distinct loadouts, abilities and skills like Wings of Icarus which lets you soar across maps, and Wonders, which are presumably passive bonuses.

Ubisoft Bordeaux, which employs over 330 people, is working on the project. Recent job listings confirm that Bordeaux is working on a "new, unannounced PVP game".

Project Q will feature modes like Battle Zone, a 4v4 territories/hardpoint style gametype, and Showdown, a spin on the ever-popular battle royale with 4x duo teams.

This is the latest game in Ubisoft's new fusillade of titles which includes xDefiant, The Division Heartland, and a new battle royale game codenamed Pathfinder.