Earth has experienced two radio blackouts in two days that can be sourced back to an action sunspot region releasing multiple solar flares.

On April 20, officials recorded around 19 solar flares in 24 hours coming from an active sunspot region, and the barrage seemingly isn't stopping, with reports indicating the sunspot group called AR2993-94 released a very large M9.6 class flare. Unfortunately, the sunspot group was almost directly Earth facing when the flare occurred, which resulted in a shortwave radio blackout over southeast Asia and Australia (again).

The strong X-class flare that was reported on April 20 caused the same level of radio blackout across the same regions of the planet. The US Air Force reported that the April 21 solar flare caused a Type II solar radio burst. The National Oceanic and Atmospheric Administration (NOAA) reported, "Additionally, Type II and IV radio sweeps were detected by the USAF Radio Solar Telescope Network (RSTN), with an estimated velocity of 1132 km/s".

Furthermore, officials have warned that this solar action is not slowing down anytime soon and that as the sun moves into its active phase, we can expect more solar flares and coronal mass ejections (CME) that will cause radio blackouts and geomagnetic storms. 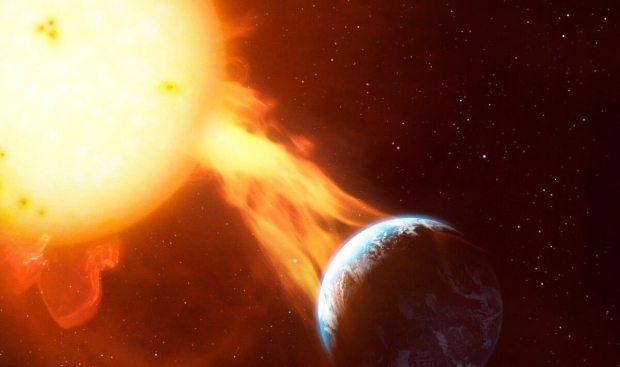