A four-year-old Freedom of Information Act (FOIA) was fulfilled by the Defense Intelligence Agency (DIA), providing nearly 1,600 pages of unclassified documents to Motherboard. 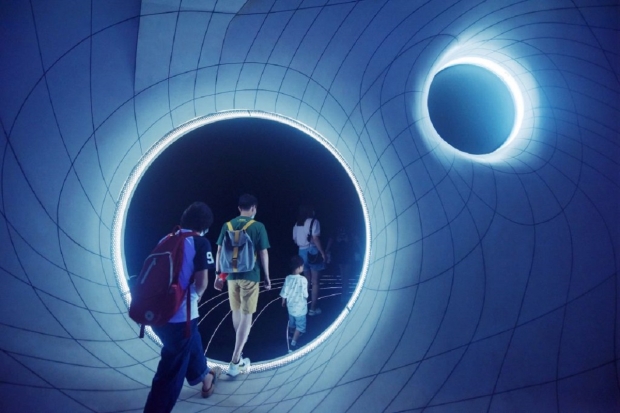 These 1,600 pages of documents contain various scientific research papers, old contracts, presentations, briefings between individuals about certain programs, and memos. Additionally, Vice reports that the documents contain information on what the Advanced Aerospace Weapons System Application Program (AAWSAP), an arm of the DIA, was researching.

The AAWSAP and the Advanced Aerospace Threat Identification Program (AATIP), another arm of the DIA, as explained by a DIA spokesperson, "[AATIP] was the name of the overall program. [AAWSAP] was the name of the contract that DIA awarded for the production of technical reports under AATIP." According to the documents, the focus was put on invisibility cloaking, traversable wormholes, antigravity, negative energy, gravity communications, and nuking the moon to create a tunnel from one side to the other.

Neither of these arms performed work on the strange projects in-house, as the documents reveal that most of the research was contracted out. If you are interested in reading the documents for yourself, check out this link here.